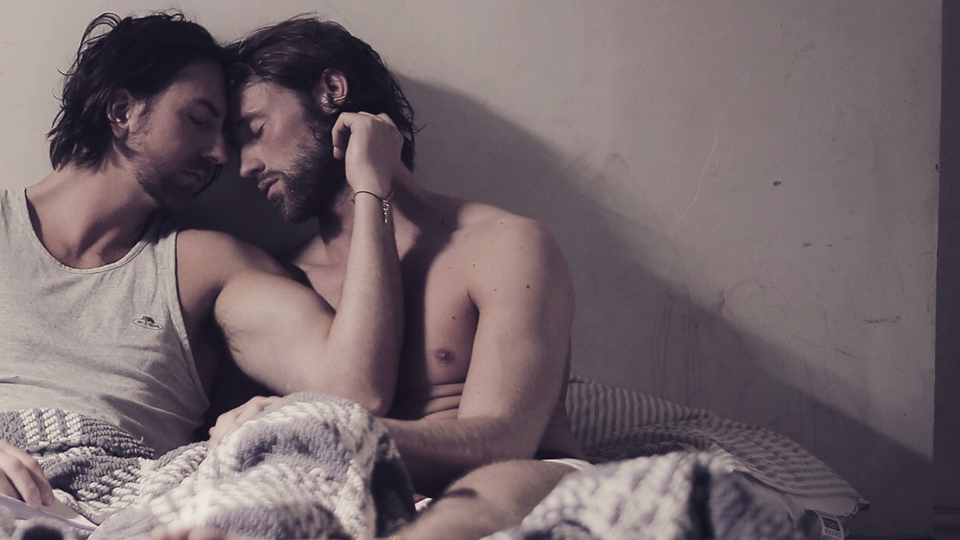 Peccadillo Pictures popular Boys on Film series has released an incredible 17 volumes since it began. Bringing together provocative, engaging, educational and entertaining gay themed shorts from around the world, it’s a fantastic way to discover emerging talent both in front of and behind the camera. The latest volume, Boys on Film 17: Love is the Drug, arrived in December and it features 9 new shorts.

As always with Boys on Film, the kinds of shorts featured are really varied but this is the most consistent release in the collection for quite a while. The volume opens with Alex and The Handyman, which tells the story of 9-year-old Alex (Keaton Nigel Cooke) who becomes infatuated with 25-year-old builder Jared (Aaron Luis Profumo) and desperately craves his attention. The short is a little dark in places and surprisingly funny, not to mention relatable to all of us who started dealing with our sexuality from a young age.

One of the most interesting moments on the collection comes on Spoilers. Two men, Leon (James Peake) and Felix (Tom Mumford), hit it off when they meet at the end of a plane journey. Their friendship, which turns into a relationship, is played out whilst both men’s insecurities are trying to ruin it for them. It’s an interesting perspective and an engaging look at how we can make terrible decisions based on the annoying voice that pops up to hack away at your self-worth and esteem.

Tellin’ Dad follows the story of a man who starts to come out to his family after being in a relationship for a year. He’s most worried about telling his dad but when he finally gets around to it, he gets a very different reaction that he expected. It’s a sweet short and one that will hopefully help many gay people alleviate some of the fear and anxiety about coming out to friends and family. Hole tells the story of a disabled gay man who longs for intimacy but feels ignored by the world because of his disability. It’s a fascinating insight that explores a topic rarely addressed or given exposure.

Elsewhere on the release Happy and Gay is a queer revisionist history of 1930s black and white cartoons, Boys is a coming of age story for two youths attracted to one another, and Mr Sugar Daddy looks at a relationship with an age gap that leaves the older man wondering if his toy boy sees him for anything more than his money.

Special features on the release include a director’s introduction for Spoilers, the making of Kiss Me Softly and trailers for a selection of the shorts.

Boys on Film 17: Love is the Drug is a stellar collection of fantastic shorts. There really is something here for everyone and it’s so encouraging to see the progressive LGBT film-making that is emerging across the globe. We seem to finally be at a time where no subject is considered taboo and moving away from the safer gay cinema that has long dominated the genre.

In this article:Boys On Film, Boys On Film 17: Love is the Drug, Peccadillo Pictures