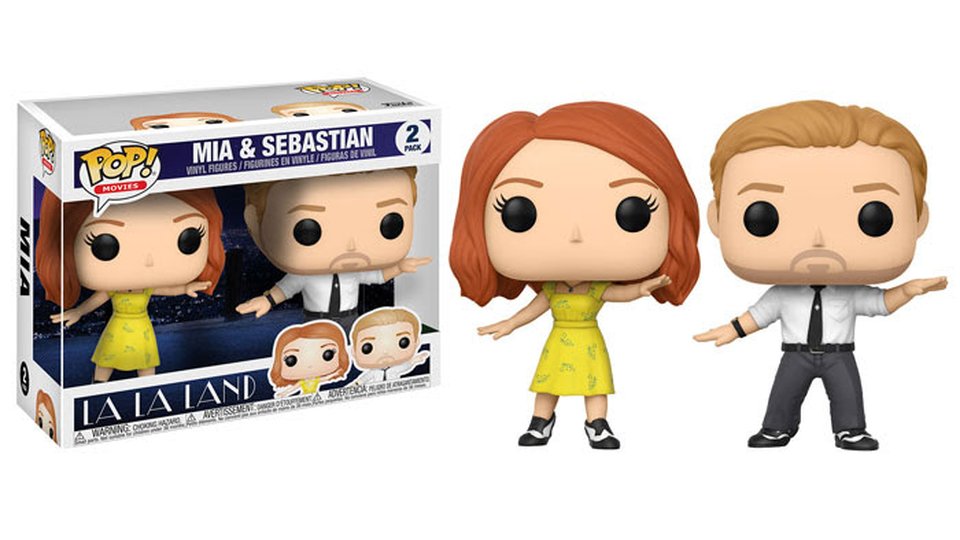 Hit musical La La Land, starring Emma Stone and Ryan Gosling, is one of the biggest movies of the year and from September you’ll be able to own your own versions of the central characters.

Pop! Movies is releasing a two-pack featuring aspiring actress Mia and jazz pianist Sebastian, the characters played by Stone and Gosling in the movie. The two figures are shown in the midst of their dance scene on ‘A Lovely Night’.

While waiting for their big breaks, two proper L.A. dreamers, a suavely- charming, soft-spoken jazz pianist and a brilliant, vivacious playwright, attempt to reconcile aspirations and relationship in a magical old-school romance.

At the Oscars earlier this year, La La Land picked up six awards including Best Director and Best Actress. The film was also subject to a rather big blunder when it was accidentally named Best Film and the Oscars had to quickly announce their mistake and take the accolade from the cast and crew!