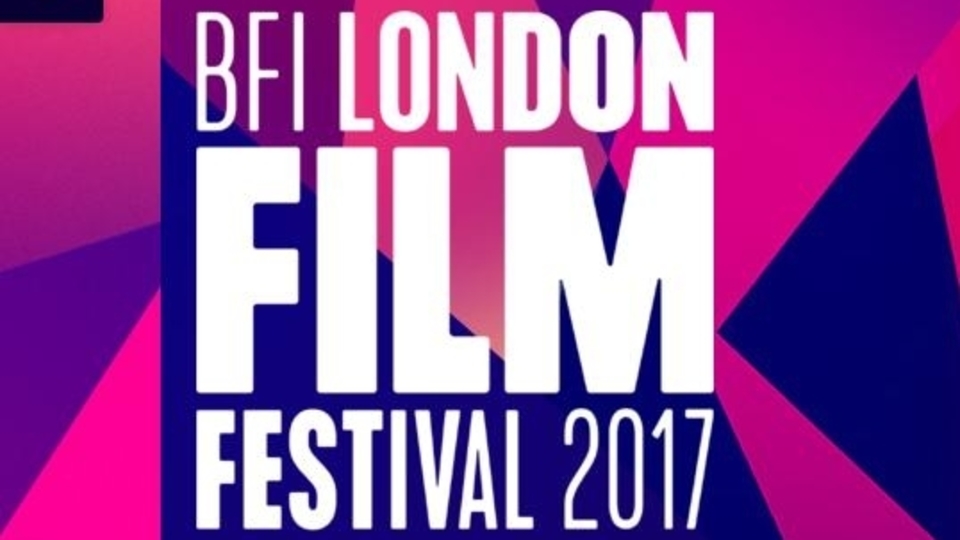 Once again in partnership with American Express, the full programme was announced this morning, featuring a diverse selection of 242 feature films from both established and emerging talent.

This 12 day celebration of cinema illustrates the richness of international filmmaking, with films to delight and entertain audiences, and also films that probe and interrogate issues of significance.

The Festival is the UK’s leading and most prestigious film festival, representing one of the first opportunities for audiences – both the UK public and film industry professionals – to see the very best new films from across the globe, alongside an events programme with some of the world’s most inspiring creative talents. This year, the Festival will host 28 World Premieres, 9 International Premieres and 34 European Premieres and will welcome a stellar line up of cast and crew for many of the films.

The 242 feature programmes screening at the Festival include: 46 documentaries, 6 animations, 14 archive restorations and 16 artists’ moving image features. The programme also includes 128 short films, and 67 countries are represented across short film and features.

Alongside the Galas, Special Presentations and films in Competitions, the Festival will show a thrilling range of new cinema in sections Love, Debate, Laugh, Dare, Thrill, Cult, Journey, Experimenta and Family – which provide pathways for audiences to navigate the programme.  In 2017, the LFF presents a new strand, Create, featuring films that celebrate artistic practice in all its channels and forms the electricity of the creative process, reflecting London’s position as one of the world’s leading creative cities.

The BFI London Film Festival each year provides a vibrant forum for the exchange of ideas, with films stimulating debate and shining a light on pressing social and political issues. This year a number of ‘talking points’ ripple through the Festival programme, including:

• LBGT – In the year of the 50th anniversary of the partial decriminalisation of homosexuality in England and Wales, the Festival presents a powerful LGBT line-up.

• Immigration and Social Division – Two of the defining themes of our times are explored by filmmakers who are committed to telling powerful and complex stories about borders – both real and psychological.

• Visionaries – Cinema remains one of the most exhilaratingly kinetic and visually potent storytelling forms, and many filmmakers this year impress with the singularity and power of their vision, with keen imagination and dazzling style.

• Thrill – It’s a very strong year for global thrill seekers at the Festival, with a particularly strong showing from East Asia, which comes as the BFI embarks on the UK-wide season BFI Thriller, exploring how the genre reflects societal upheavals, fears and anxieties.

• Strong Women – The Festival continues to shine a light on strong women behind and in front of the camera. At this year’s Festival, 61 women directors are represented in the feature film selection, approximately 25% of the programme.

• Deafness and disability – Both feature with marked prominence in this year’s Festival programme, though the film industry still has a long way to go in terms of representation for disabled people. The Festival’s industry programme will include a partnership event on equality of opportunity and expression for deaf and disabled people working in film & television.

As previously announced, the Festival opens with the European Premiere of Breathe, the directorial debut of Andy Serkis, on Wednesday 4th October. Adventurous and charismatic, Robin Cavendish (Andrew Garfield) has his whole life ahead of him when he is paralysed by polio whilst in Africa and given just months to live. Against all advice, Robin’s wife Diana (Claire Foy) brings him home from hospital where her devotion and witty determination inspire him to lead along and fulfilled life. Together they refuse to be limited by expectations, dazzling others with their humour, courage and lust for life. A live cinecast brings all of the excitement from Leicester Square to simultaneous screenings taking place at cinemas across the UK.

The Festival closes with Martin McDonagh’s Three Billboards Outside Ebbing, Missouri on Sunday 15th October, marking McDonagh’s return to the Festival and is a darkly comic drama, which sees Mildred Hayes (Academy Award® winner Frances McDormand) take a stand against the town’s revered chief of police, William Willoughby (Academy Award® nominee Woody Harrelson) after months have passed without a culprit in her daughter’s murder case.

The American Express Gala is the rousing Battle of the Sexes. Receiving its European Premiere, Valerie Faris and Jonathan Dayton’s film dramatises the build up to the 1973 tennis match between women’s world champion Billie Jean King (Emma Stone) and ex-men’s-champ and serial hustler Bobby Riggs (Steve Carell). Billed ‘Battle of the Sexes’ in the wake of the sexual revolution and the rise of the women’s movement, the match became one of the most watched televised sports events of all time, reaching 90 million viewers around the world.

Call Me By Your Name features as the Mayor of London’s Gala. Luca Guadagnino returns to the Festival with this adaptation of André Aciman’s coming-of-age novel – a sun-kissed, cinematic ode to the ecstasy and exquisite pain of first love, starring Timothée Chalamet as Elio, a musically gifted 17-year-old whose idyllic summer break takes a tumultuous turn when Oliver (Armie Hammer) arrives to stay at the family palazzo.

The BFI Patrons’ Gala, Downsizing, is a wildly inventive and satirical film from Alexander Payne which puts climate change, mobility and immigration under the microscope. After Norwegian scientists discover a method for shrinking people to pocket-size as part of a grand design to limit humanity’s footprint, a thriving parallel ‘small’ society emerges. Ordinary, work-a-day Paul Safranek (Matt Damon) wants to scale-up his options by sizing-down, but things begin to go awry when his wife Audrey (Kristen Wiig) gets cold feet.

The May Fair Hotel Gala is the European Premiere of Film Star Don’t Die In Liverpool, in which Annette Bening and Jamie Bell vividly bring to the screen the intense romance between Academy Award®-winning star of The Big Heat and In a Lonely Place, Gloria Grahame and her much younger lover. The film is directed by Paul McGuigan and produced by Colin Vaines and Barbara Broccoli.

Director Saul Dibb brings R C Sheriff’s classic play Journey’s End to the big screen with shattering potency. When C Company, led by Captain Stanhope (Sam Claflin) is about to take its posting on the front line during the First World War, with munitions and morale depleted each man’s character is laid bare. The film receives its European Premiere at the LFF.

Yorgos Lanthimos follow-ups The Lobster with Headline Gala The Killing of a Scared Deer. Colin Farrell and Nicole Kidman star in a deliciously twisted and slyly macabre morality tale which interlaces elements of Greek tragedy, surrealism and absurdist horror.

Mudbound is Dees Rees’ triumphant return to the Festival after Pariah (LFF 2011). Receiving its European Premiere as the Royal Bank of Canada Gala, her majestic epic examines the histories of two families in the Deep South, charting how the unlikely friendship of two Second World War veterans ignites racial tension.

Exuberantly drawing on classic 1950s sci-fi B-movies and the on-going fascination with Area 51 conspiracy theories, the American Airlines Gala The Shape of Water, is an old-school tale of the inexplicable and pure cinematic joy from Guillermo del Toro, featuring a wonderful central performance from Sally Hawkins.

Former Best Film and Sutherland Winner, Lynne Ramsay returns to the Festival with Headline Gala You Were Never Really Here, a stark inversion of the noir thriller. This devastatingly brutal portrayal of one man’s battle with repression and abuse is anchored by a rage-fuelled, Cannes-winning performance from Joaquin Phoenix.

For more information on the films playing in the LFF strands and for details of what movies make up the Love, Debate, Laugh, Dare, Thrill, Cult, Journey, Create, Family, Treasures and Experimenta strands, check out the official website.