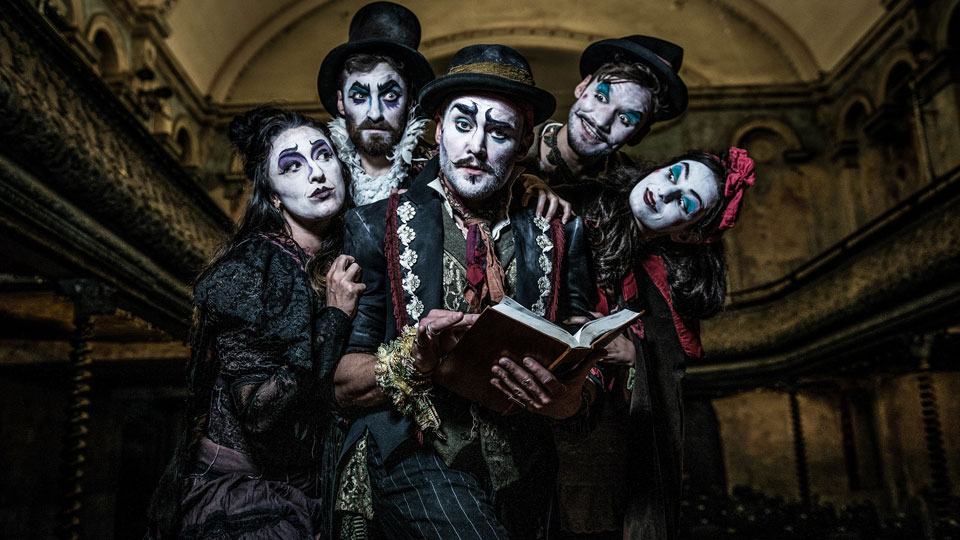 The Terrible Infants is a collection of twisted short stories by Oliver Lansley and Sam Wyer, which recall both Roald Dahl and Tim Burton, performed with inventive puppetry and atmospheric live music. Following the phenomenal success of Alice’s Adventure’s Underground at The Vaults and to reflect Les Enfants Terribles’ bold and innovative theatricality, this ten year anniversary staging will feature new creative material.

Featuring recorded narration from Judi Dench, The Terrible Infants originally debuted in 2007 before multiple appearances on nationwide tours and around the world in places such as; Australia, Poland, Norway, and Singapore. The production received numerous awards when it debuted a decade ago including Best Entertainment and Outstanding Theatre in the Fringe Report in 2008, as well as Outstanding Artistic Merit from Argus Angel Award. It is directed by James Seager and Oliver Lansley.

Oliver’s first published play Immaculate was listed in the top ten best-selling plays at Samuel French London in 2010. In 2011 his Les Enfants Terribles: Collected Plays was published by Oberon books, along with a number of other titles including Flies and The Infant. Oliver has seen his work produced all around the world as well as being translated into several different languages. Oliver co-created BBC 2 series Whites, and Rose D’or nominated ITV2 series FM. Other writing work includes the Nick Frost series Mr Sloane and Alan Davies’ Little Cracker for Sky, which he also directed.

For more details and to book, see www.wiltons.org.uk.