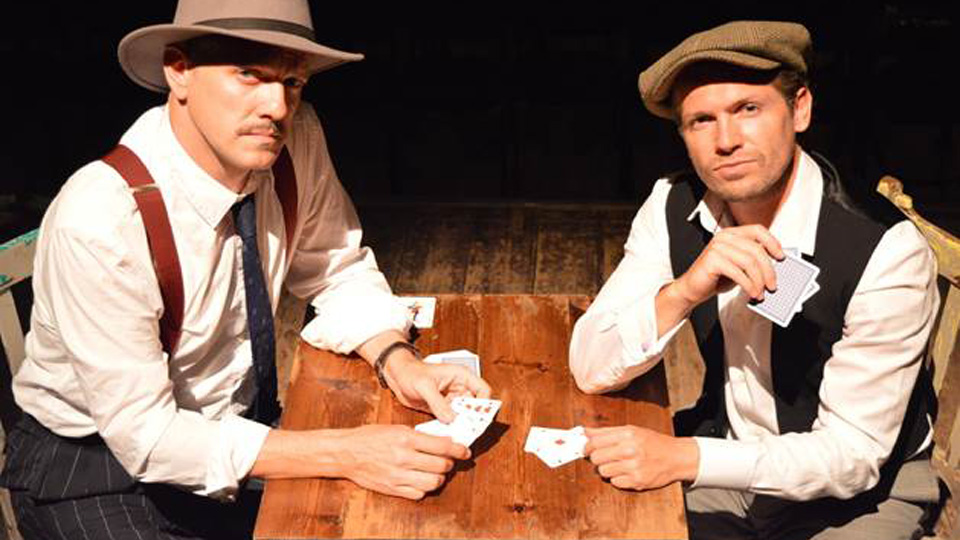 Following in the footsteps of Wilton’s sell-out success with The Great Gatsby in 2012 and 2013, Peter Joucla returns to Wilton’s Music Hall with The Sting this season. The cast will be led by Bob Cryer as Gondorff alongside Ross Forder as Hooker and John Chancer as Lonnegan.

Opening the season for the newly repaired Wilton’s Music Hall, The Sting will run from 9 September to 17 October 2015. Based on the iconic 1973 caper film of the same name, in which two small-time con men, played by Paul Newman and Robert Redford, set out to outwit a powerful mob leader.

From the moment they enter the newly refurbished building, audiences will be transported back to 1930’s Chicago. With a charismatic cast to lure you into this sleazy, sharp-suited underworld of con men, scams and twists, with surprises at every turn, you won’t know who’s on the level and who’s on the take as you watch this ingenious and comic deceit played out.