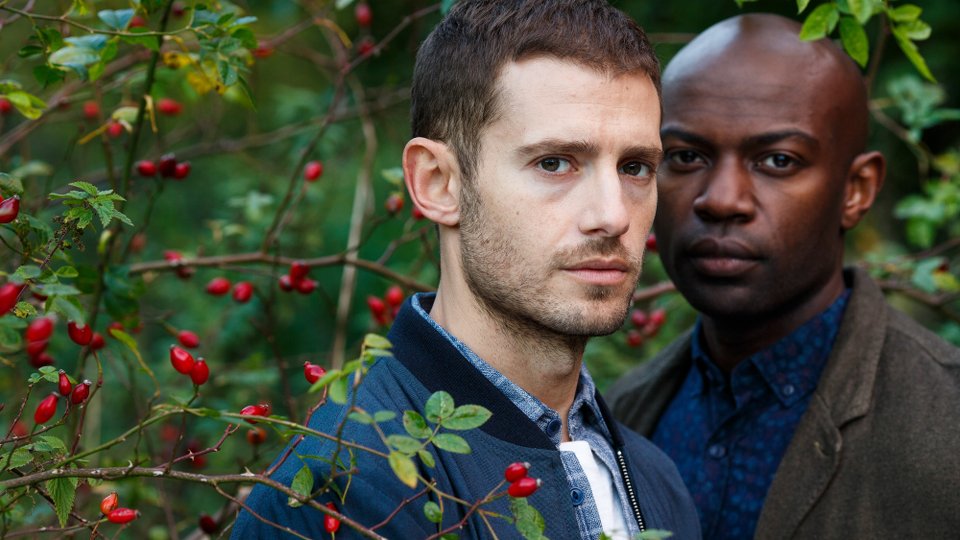 Man in an Orange Shirt, originally aired as part of BBC 2’s Gay Britannia season, is being released on DVD by Network Distributing on 18th September 2017.

The first part focuses on World War 2 veterans Michael (Oliver Jackson-Cohen) and Thomas (James McArdle), comrades at arms in the army and companions in bed until Michael chooses conformity over his heart’s desire, marrying Flora (Joanna Vanderham) whilst Thomas becomes an openly gay artist. It brings years of suppressed desire, and unhappiness.

Part two takes us to 2017 and Michael’s grandson, Adam (Julian Morris) who is still single in his 30s and living with his grandmother, Flora (Vanessa Redgrave). He bounces from one casual encounter to another until he meets emotionally adjusted but married Simon. However, when one of Thomas’s paintings resurfaces, it unleashes long-hidden memories and suppressed emotions that have consequences for everyone involved.

Man in an Orange Shirt was written by novelist Patrick Gale (Rough Notes) and commissioned by Kudos Films for BBC.

Take a look at the packshot and watch the trailer below: