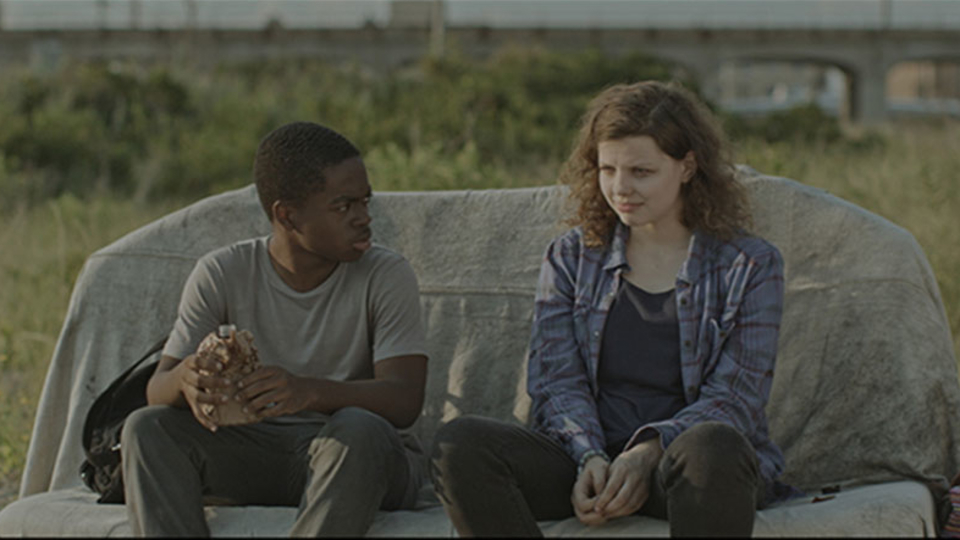 An atmospheric, intricate study of a troubled young mind, The Transfiguration – out to own now – follows orphaned teen Milo (Eric Ruffin) as he immerses himself in vampire lore to escape his troubled life.

In Queens, New York, 14 year-old Milo is a total outsider. Ignored by his schoolmates
and bullied by older children, he takes refuge in the apartment he shares with his
older brother. To escape his solitude, he studies vampire mythology, to the point of
obsession.

Milo hides a terrible secret, but a chance encounter with neighbor Sophie (Chloe Levine) leads him to develop new feelings. But will it be enough to quash his dark urges?

This first feature from writer/director Michael O’Shea took Cannes 2016 by storm, where it competed in Un Certain Regard, and received widespread praise for it’s bold, unusual take on the classic coming of age tale… with added bite.

To be in with the chance of winning one of 3 copies on Blu-ray, just answer the question below.

Advertisement. Scroll to continue reading.
In this article:Competition, The Transfiguration