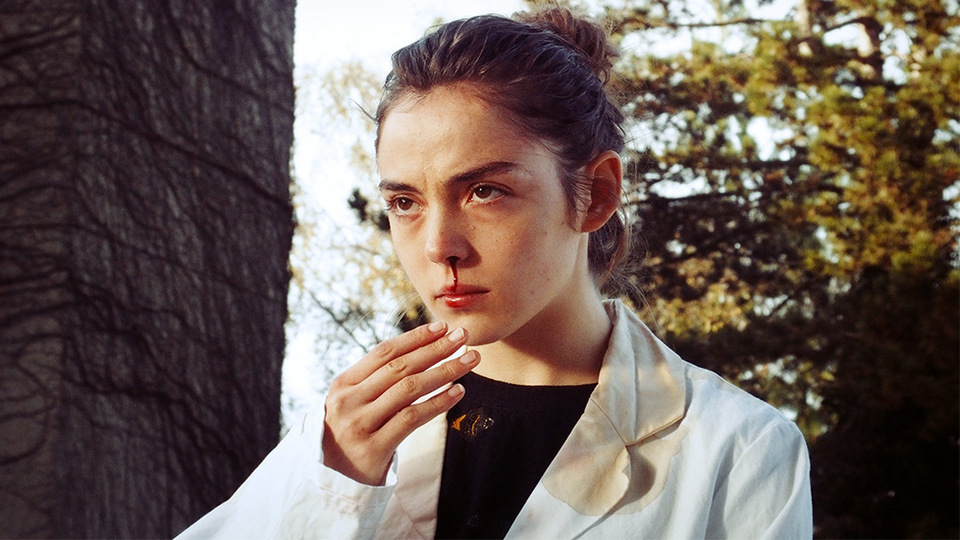 Julia Ducournau’s debut feature tells the tantalizing tale of a young vegetarian’s evolving palate for human flesh. Raw is an appetizing mix of seductive thriller and gnawing horror, which is guaranteed to get your taste buds tingling.

Unsuspecting Justine (Garance Marillier) enrolls into veterinary school without the slightest idea that she’d graduate as a fully-fledged carnivore with an insatiable desire for human flesh.

This young woman soon pays the price of trying to fit in when she is tempted into a hazing ritual which involves eating a piece of raw meat, thereafter her animalistic desires spiral out of control. Before she knows it Justine has bitten off more than she can chew, and will soon face the terrible consequences of her actions as her true self begins to emerge.

Raw will also be available to own on Blu-ray™ exclusively at hmv.