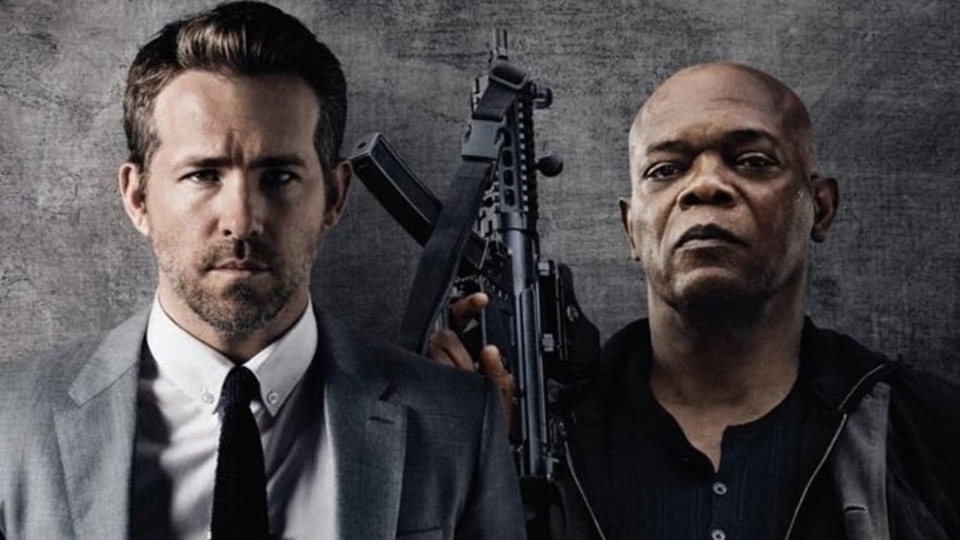 After a particularly barren spell lasting for decades since the first Bad Boys film, it seems like the buddy-duo movie is finally on its way back to box-office resurgence. War on Everyone and 21 Jump Street are great examples of how to get things done right in the genre and The Hitman’s Bodyguard happily follows suit, delivering a hugely entertaining and fun-fuelled action spectacular.

Charismatic bodyguard Michael Bryce (Ryan Reynolds) gets a new client… an infamous hitman named Darius Kincaid (Samuel L. Jackson), who has agreed to testify at the International Court of Justice against despicable military dictator Vladislav Dukhovich (Gary Oldman). They must put their differences aside and work together to make it to the trial on time as the entire criminal underworld comes looking for them.

The film hinges on the chemistry between Ryan Reynolds and Samuel L. Jackson and thankfully both bring their A-game to the table. So many films get this element wrong but in The Hitman’s Bodyguard they bring such a natural flow to the story, it’s easy to champion both their causes. They both have a magnetic screen presence that gives the film a beating heart.

The support are all excellent with Gary Oldman delivering a brilliant boo-hiss villain straight out of the 90s. At times he feels like he’s in a different movie but that kind of adds to the films charm and marks a nice difference to Reynolds and Jackson’s characters. Salma Hayek isn’t in this much but her role is a pivotal one and she simply steals the film with a loud, brash and utterly enchanting performance. Richard E. Grant, Joaquim de Almeida and Elodie Yung add to the collective mayhem too.

Full of spectacle and genuine comedy, this is a gem of a film that restores my faith in the buddy duo concept. I would love to see a sequel too, because when you can create this kind of box-office magic, a continuation must surely be a possibility. It doesn’t reinvent the wheel but The Hitman’s Bodyguard is the perfect summer blockbuster for these troubled times – just go in and enjoy the ride for an escapist feel-good action romp that’s hard to fault.