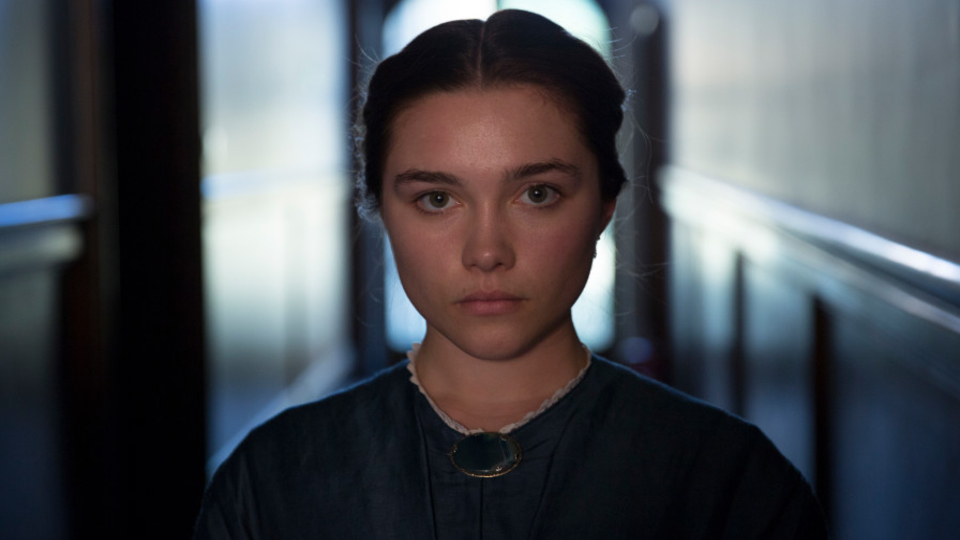 Married off to a wealthy landowner, Katherine (Florence Pugh) struggles to adhere to the shackles of her isolated life. With a violent husband who has no interest in her, Katherine begins an illicit affair with a local farm-hand named Sebastian (Cosmo Jarvis), much to the distaste of her house staff. As the affair lingers, so does the danger of Katherine being found out. But she is a cunning woman and so begins a spiral of deceit and death to get want she wants.

A remarkably powerful performance from Pugh (who made a startling debut opposite Maisie Williams in Carol Morley’s The Falling) makes Lady Macbeth one of the films of the year. She is stunning to witness here, demonstrating a sensational marriage of captivating seduction and bewitching beauty. She fully deserves a BAFTA nod come awards season. Pugh manages to balance the fun with the dastardly to always keep you invested in her character’s plight. It’s a performance that will mark her out as one of the most outstanding British breakthroughs in recent years.

Pugh is front and centre of practically the entire film and her powerful screen presence makes sure the story flows with an abundance of verve and sparkle. She is aided by a strong supporting cast including Cosmo Jarvis as the object of her lust Sebastian, and Paul Hilton as her strict husband Alexander. Christopher Fairbank steals his scenes as Katherine’s overbearing, cantankerous father-in-law Boris but its Naomi Ackie that really impresses as Anna, the put-upon servant who Katherine positively torments throughout the film.

A breakthrough leading turn from Florence Pugh and some shocking surprises makes Lady Macbeth an unmissable cinematic experience. Sumptuously shot by director William Oldroyd, with an electrifying screenplay adapted by Alice Birch (from Leskov’s novel), Lady Macbeth is a must-see drama that captures the soul of the character exceptionally well.