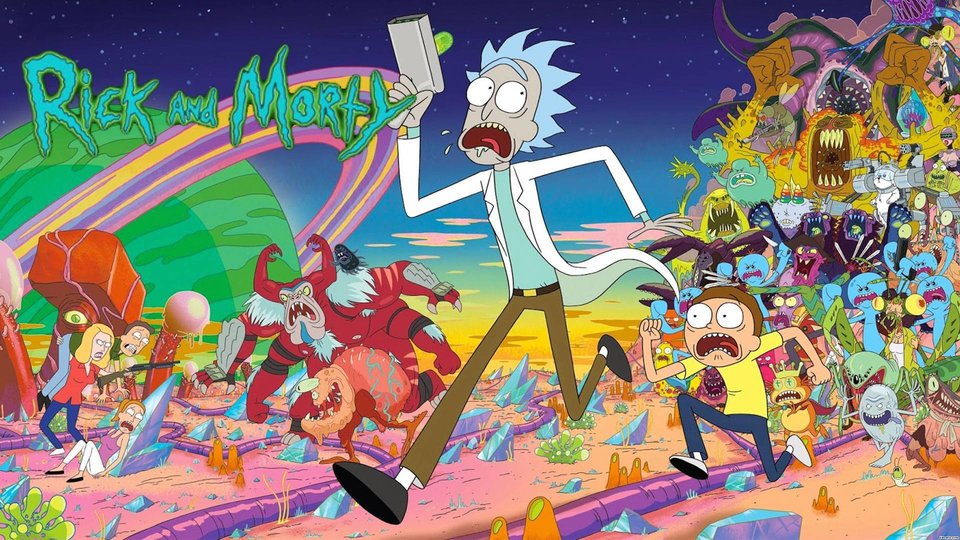 Rick and Morty is an American adult cartoon series, which follows the misadventures of the cynical mad scientist, Rick Sanchez, and his fretful and easily influenced grandson, Morty Smith, who split their time between domestic family life and inter-dimensional adventures (as you do). Recently shows third series started airing in the USA and will soon come to the UK. Whilst the show’s fan base has grown each series it is still relatively understated and I don’t understand why? I love this show and think that anyone who likes a bit of adult humour should watch it. Keep reading if you are curious about this excellent show.

Rick and Morty use satire and sarcasm as its way of communicating humour. It’s not new, plenty of shows do it but its done in a very clever way. Think South Park meet Family Guy in space. If you like adult humour, which is quite dark and sometimes a bit uncomfortable this is the show for you.

2. It does not have to make sense

The reason I find Rick and Morty hilarious, is mainly because a lot of it doesn’t make sense. The show centres around two characters travelling across parallel worlds; these include worlds where butts are mountains, women are rulers, giant amusement parks, needless to say the possibilities are endlessly hilarious.

If you watch the likes of South Park, Simpsons and Family Guy, you’ll enjoy how much more brutal Rick and Morty is. One of the episodes takes place on a planet, which has an annual purge…like the movie except more graphic another sees medically enhanced dogs take over the planet.

Although it’s a comedy, Rick and Morty does touch on themes such as divorce, the fear of ageing, guilt, pollution, addiction, anger management, global warming, faith etc. Of course all of these are presented in the most ridiculous setting so its impossible not to laugh.

Rick and Morty touches on important subjects and does so subtly and cleverly. It’s not as silly as Family Guy but also not as condescending as South Park. Just right! The science fiction aspect of the show also dabbles with real science so it’s not too far stretched.

There’s a story and it is good. Each season also has its reoccurring themes and characters. The biggest story surrounds Rick’s past and some of his darkest creations, which most parallel universes want access to.

There are so many interesting characters in Rick and Morty. I am particularly fond of Birdperson, who is very factual and also Rick’s best friend! Other characters making cameos are the other Ricks from the Trans-Dimensional Council of Ricks, they come in many shapes and haircuts but keep the same affinity to alcohol, paraphernalia whilst still being the smartest beings across dimensions.

I can’t stress this enough, some of the lines used on this show have now become my mantras.

As previously mentioned the show draws a lot of inspiration from actual science and explores its possibilities. The idea for the show was born through a short parody film of Back to the Future. If you were missing some sci-fi from your adult cartoons, look no further.

There are many memorable characters on the show but none are quite as exceptional as Rick Sanchez. He is the main character and the whole world seems to revolve around his genius. He is also an alcoholic, who loves to dabble in all kinds of alien substances, is brutally blunt and constantly challenges others views and beliefs. Of course everyone either hates him or wants to be him!

Rick and Morty series 1 and 2 are available on Netflix now and series 3 will be available a week after its aired in the US.

Advertisement. Scroll to continue reading.
In this article:Rick and Morty