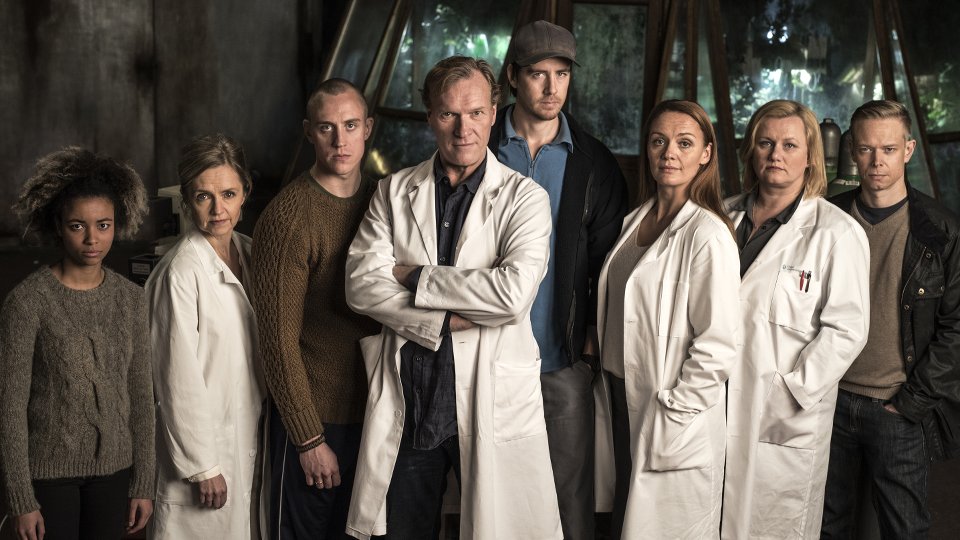 Nordic thriller Valkyrien will premiere on Channel 4 at 9pm on Sunday 13th August 2017.

The topical series arrives on the channel courtesy of Walter Presents and it depicts ordinary citizens turning to self-reliance, creating their own healthcare system and preparing for potential global disaster.

When the hospital gives up on saving his dying wife, Ravn (Sven Nordin), a respected top surgeon, takes matters into his own hands. With the help of his slightly unhinged former patient, Leif (Pål Sverre Hagen), Ravn opens an illegal clinic in a disused war bunker deep below Oslo’s Valkyrien underground station. Here he desperately and secretly tries to cure his now comatose wife, which he finances by treating a growing number of patients — from criminal gang lords to refugees — who can’t seek traditional medical help. Ravn and Leif form an unlikely friendship punctuated by frequent ideological clashes, as doomsday prepper and civil anarchist Leif continually pushes the doctor to challenge and cross his own ethical boundaries. Ravn in turn challenges Leif’s increasingly obsessive beliefs pushing him into a decision that will have devastating consequences for all.

The full series will be immediately available to view exclusively on Walter Presents after the first episode airs.