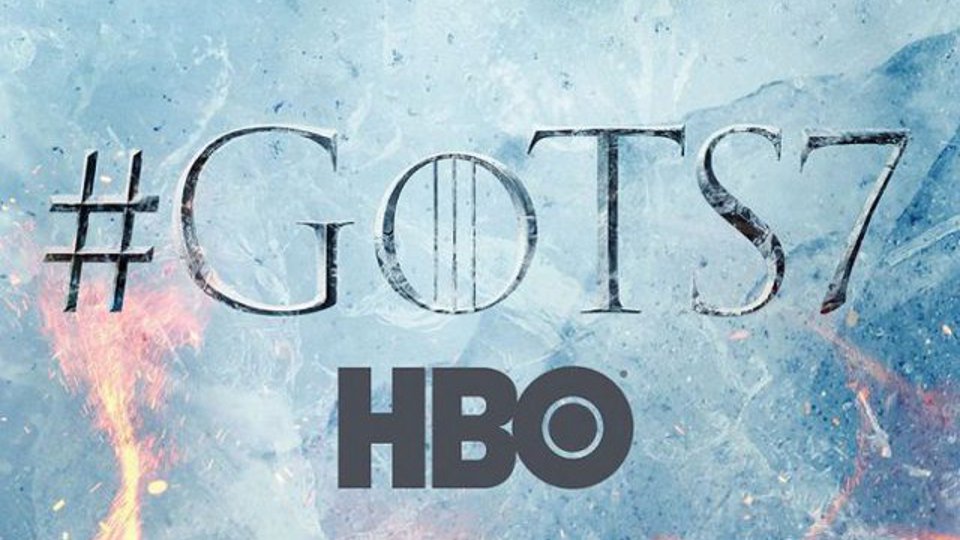 There’s less than a month now until the Game of Thrones season 7 premiere airs on July 16th.

Following on from the first full trailer last month, HBO have just released a brand new second trailer. The new trailer is just over 2 minutes long and shows off plenty of new teases for the new season.

Watch the Game of Thrones Season 7 #WinterIsHere Trailer #2 below:

The trailer opens up with piano music playing as Sansa Stark (Sophie Turner) is seen walking near what looks to be a weirwood tree, presumably in the godswood of Winterfell. Littlefinger (Aiden Gillen) provides a voice-over where he is heard to say “Don’t fight in the north, or the south. Fight every battle everywhere. Always… in your mind.”

The next shot shows the large gate of The Wall opening at Castle Black which we saw in the first trailer. It’s followed by a long-range shot which seems to show Meera Reed (Ellie Kendrick) arriving with Bran Stark (Isaac Hempstead Wright) as we predicted. This is followed by a brief glimpse of a well wrapped up Jon Snow (Kit Harington) and a couple of Wildlings.

Next is a brief show of the Red Keep at King’s Landing where the people appear to be cheering the arrival of someone. We then see Queen Cersei (Lena Headey) walking in a dark place.

At Dragonstone, Daenerys (Emilia Clarke) is show to be walking next to the large stone map shown in the last trailer. Presumably plotting her next move? Down on the beach it appears that some troops are arriving.

A quick shot of Arya Stark (Maisie Williams) shows her riding a horse. We’re hoping she’s headed for Winterfell and that looks like her sword Needle on her side.

Meanwhile, Jaime Lannister (Nikolaj Coster-Waldau) is shown walking along the walls of the Red Keep. In the next shot a face lingers in the dark, it looks to be Littlefinger creeping about.

As Dany is show walking on a beach in Westeros (finally!), Jon Snow provides the voice-over. He says “For centuries our families fought together against their common enemy. Despite their differences, together. We need to do the same if we’re going to survive. Because the enemy is real, it’s always been real.”

During Jon talking Dany is seen pulling a banner down in Dragonstone. There’s a shot of her three dragons – Drogon, Rhaegal and Viserion – heading for Dragonstone. Tyrion (Peter Dinklage) is shown looking more than a little nervous. Theon (Alfie Allen) looks a little nervous too while Grey Worm (Jacob Anderson) looks ready for action.

Brienne (Gwendoline Christie) and Podrick (Daniel Portman) look to have arrived back at Winterfell. The Hound (Rory McCann) appears to be doing battle. As are the Lannister army, overseen by Jaime and Bronn (Jerome Flynn) and the Greyjoys at sea.

A congress of ravens are seen flying together as the Night’s King looks up. Bran is seen playing with his warg ability while sat in a new wheelchair near a weirwood tree.

Beric Dondarrion (Richard Dormer), leader of the Brotherhood Without Banners, is shown holding a flaming sword. He’s presumably fighting with The Hound. The next shot shows a fleet of ships which we’re guessing is the new fleet ordered by Euron Greyjoy (Pilou Asbæk). They appear to be headed for the Red Keep.

The huge Unsullied army are shown ready for battle before a clash with the Lannisters. Jaime is seen riding furiously across a flaming battlefield. Is he trying to get back to Cersei?

Next an epic shot of the Dothraki army riding into battle. Above them appears to be Drogon, ridden by Dany, and he looks absolutely massive this season.

Theon and Yara (Gemma Whelan) look up worried as fire rains down on their ship. There’s a quick shot of what looks to be Euron’s fleet boarding. Followed by another of the Lannister army, we’re guessing waiting for the Dothraki?

Jon Snow is seen stood with the Wildlings during what appears to be some kind of fight. White Walkers? Grey Worm and Missandei (Nathalie Emmanuel) are finally making out. Tyrion looks worried and it looks like The Hound drawing his sword.

The next shot shows Ser Davos (Liam Cunningham) giving advice to Jon Snow. Followed by a shot of that creepy old White Walker dude fighting with a Wildling. Then there’s a shot of a furious Euron.

Next a close up of Drogon showing off his teeth with a tiny Dany sat on his back.

The trailer ends with a voice-over from Sansa who says “When the snows fall and the white winds blow, the lone wolf dies but the pack survives.” This goes along with shots of Wildings getting ready to fight, someone riding on horseback and Jon Snow showing yet again that he’s rather handy with a sword.

Season 7 will feature just seven episodes although some will be longer than usual. The show is then expected to conclude with an eighth and final season of just six episodes. It’s rumoured that we may have to wait until 2019 for the final season. While there are only thirteen more episodes left it looks like there’s still plenty for fans to look forward to as five spin-off series are in the works.