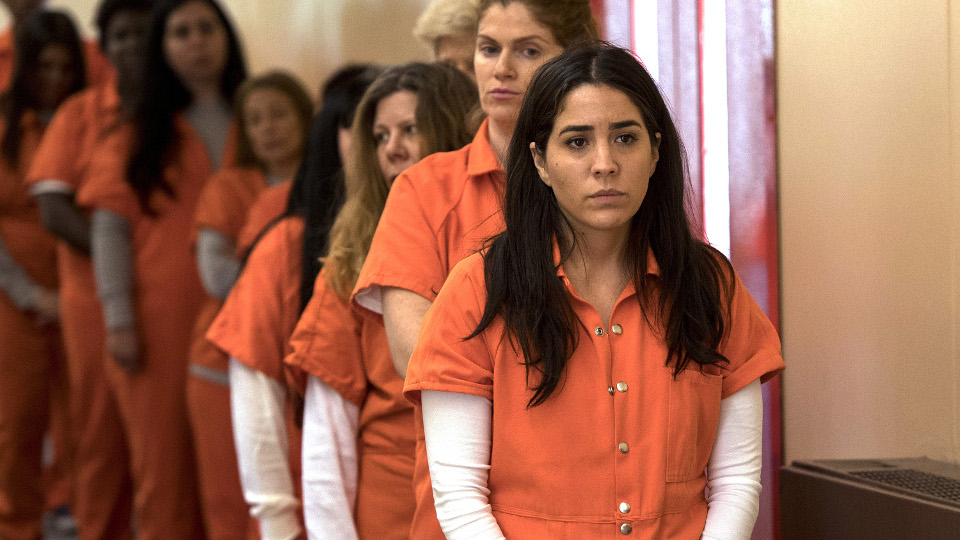 On the latest episode of Blindspot, Weller (Sullivan Stapleton) and Jane (Jaimie Alexander) had to go undercover.

The episode opened with the cliffhanger from last episode. Shepherd was in Bangkok to acquire barrels of chemicals that she needed for Phase 2. She had agreed a price of $20 million but the buyer changed his mind and tried to push for $30 million.

While they argued over the price Patterson (Ashley Johnson) was using the intel from Nas to track Sandstorm’s money. She noticed that all their accounts were transferring money into a single one. Weller gave permission for her to freeze the money which she did just before Shepherd’s deal went down.

When Shepherd tried to transfer the $20 million there was no money in the account. Her buyer got spooked and presumed it was a set up. A gun battle broke out killing the Sandstorm operatives. The buyer took off with the truck full of chemicals so Shepherd gave chase.

She took a shortcut to catch up with the truck and then climbed on the side. She fought with the buyer but ended getting knocked off. Police had responded to the disturbance and promptly arrested Shepherd.

Shepherd eventually managed to overpower her guard and escape custody. She tracked down the buyer thanks to leaving her phone in the truck during the earlier fight. She then broke the buyer’s neck and made off with the truck. The barrels were loaded onto a boat and presumably heading back to America.

Back at the FBI they weren’t aware of what they had caused in Bangkok or that Shepherd was even there. Instead Patterson cracked a tattoo of a snake which led to a hacker. Facial recognition had identified him on a train to Central Station.

The team went to ambush him and saw him carrying a package. Before they managed to catch him another man slit his throat and made off with the package. They gave chase and eventually ended up with the package which contained a Rubik’s Cube.

Patterson realised that the pattern on the Rubik’s Cube was a code. She worked out how to decipher it which gave her a dark web address. The trail led the to discover a hacker group that ran LeakHub. They were stepping down and ready to pass over a huge cache of top-secret documents.

To choose their successor they had devised a series of puzzles and challenges to find someone worthy. The documents were so sensitive that Weller decided they would have to play along and win to stop them falling into the wrong hands.

Patterson handled the next step which involved hacking one of the documents. For the next step they were instructed to wear red hacker style clothes and go to a particular location. Weller decided that he would go with Jane, much to Patterson’s disappointment as she was loving it.

The team tried to tail Weller and Jane but the group organised a Flashmob of people wearing the same style and colour clothes as Weller and Jane. During the confusion, Weller and Jane were taken to a different location. There they had to solve another puzzle to gain access to the building. Weller chose to ignore the puzzle and try the door and realised the puzzle was a trick as it was open.

Inside they found many pairs of hackers all there to compete for the documents. A woman named Kiva Garran (Jewel Staite) gave them a briefing and then shot two people who she said were MI5 agents.

The first stage of the challenge involved each pair getting locked in their own room. They had to each take a lie-detector test about each other to prove they had trust. The answers from Weller and Jane made them realise their fondness of each other.

The next stage required them to find hidden keys to open a series of padlocks. Completing that opened a window to the adjoining room where they could see another team almost through the padlock stage. A big red button was also revealed that said they needed to press it to escape. Doing so would release lethal gas on the team in the next room.

They refused to press the button and looked for other clues. When the other team got to the same stage they were given the same choice. They immediately pressed the button but found that it released the gas in their own room while releasing Weller and Jane. Before escaping Weller decided to break the glass and save the other team.

Outside the room, a different duo were also released. Weller and Jane gave chase and knocked one of them out. The other guy beat them to Kiva. She was going to give him the documents but Weller appealed saying how he and Jane had both made it. He also explained how they saved the other team so Kiva gave them the documents instead.

They took the documents back to the FBI and Patterson accessed them. One of them was the mysterious Truman Protocol that Sandstorm had mentioned previously. Almost the entire document was redacted but they could see that every President since Truman had signed it.

Elsewhere in the episode, Reade (Rob Brown) popped in to see Weller. He apologised for his behaviour and Weller agreed to give him time to sort himself out. He promised that if he did then he would have him back and no action would be taken.

At the end of the episode, Shepherd ordered that Weller be killed as he was getting too close. Meanwhile, Tasha (Audrey Esparza) was arrested for obstructing justive in the Coach Jones case.

The next episode is In Words, Drown I and here’s the official synopsis:

Zapata is sent to jail when her past catches up with her, alongside a dangerous Sandstorm operative played by UFC legend Ronda Rousey. 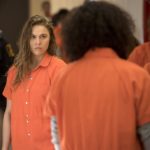