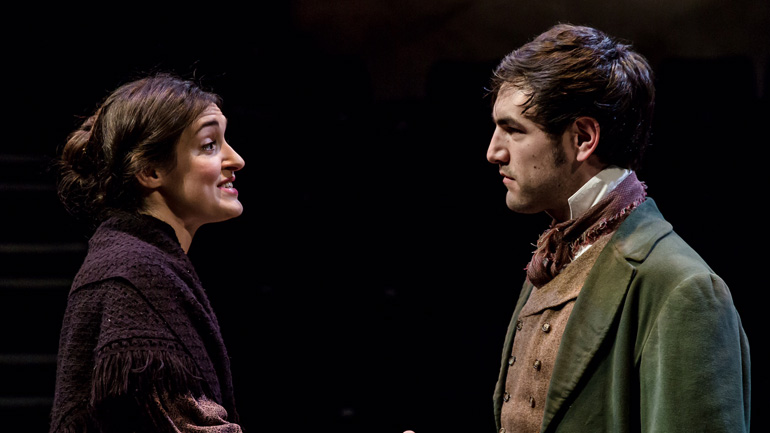 Despite often being often overshadowed by her elder sisters Charlotte and Emily, Anne Brontë has become recognised as a brilliant novelist in her own right in recent years. Many scholars, biographers and feminist literary critics have praised Anne for her forward-thinking, creative talent, and ability to genuinely write about issues that affected the everyday lives of women.

In 19th century Yorkshire, a mysterious young widow, Helen Graham, and her son arrive at the desolate estate of Wildfell Hall. Isolating herself from the village, she soon becomes the subject of local gossip and speculation. Intrigued by this beautiful and enigmatic woman, a young farmer, Markham, gradually falls in love. Torn apart with her attraction to Markham and the secrets of her past, Helen finally reveals the shocking history she thought she had left behind.

Director Elizabeth Newman, Artistic Director of Octagon Bolton Theatre, says: “Deborah’s adaptation has beautifully captured the passion and the bravery of Anne Brontë’s exquisite novel, which follows one woman’s fight for independence against all odds. It is such an amazing privilege to be producing this brand new adaptation in Bolton and at York Theatre Royal, who we are very excited to be working with for this production. Audiences will be transported into a world of mystery, intrigue, betrayal and love.”