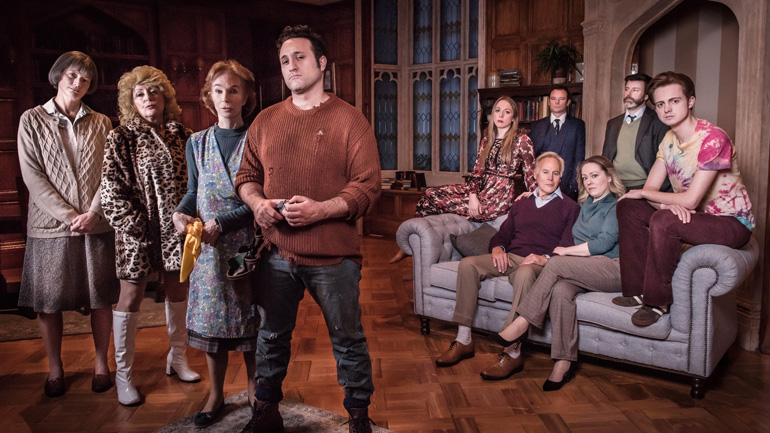 Adapted from one of the most celebrated works of the writer often hailed as the successor to Agatha Christie, Ruth Rendell’s A Judgement In Stone is at Leeds Grand Theatre from 24th April for one week only.

Rendell was first published in 1964 and was awarded a CBE in 1996. Her prolific output included film and TV as well as 80 novels and one of the genre’s most famous characters, Chief Inspector Wexford. Widely considered to be one of Rendell’s greatest works, A Judgement in Stone is loved for its brilliant rendering of character, plot and motive, and is undoubtedly Rendell at her thrilling best.

Eunice struggles to fit in. When she joins a wealthy family as their housekeeper the very reason for her awkwardness, long hidden and deeply buried, leads inexorably to a terrible tale of murder in cold blood – on Valentine’s Day. Ruth Rendell’s brilliant plot unravels a lifetime of deceit, despair and cover-ups which, when revealed, brings a shocking revelation almost as grizzly as murder itself.

The star cast includes award-winning TV and stage favourite Andrew Lancel, best known to TV audiences for his portrayal of villainous business man Frank Foster in Coronation Street, winning Villain of the Year in the British Soap Awards, and as DI Neil Manson in over 300 episodes of The Bill.

Andrew is joined by Sophie Ward, who played the beautiful, ill-fated love interest of Young Sherlock Holmes and Dr Helen Trent in long-running ITV drama Heartbeat.
Pop-idol Mark Wynter made his professional debut as a recording artist and went on to have nine Top 20 singles, including Venus in Blue Jeans and Go Away Little Girl. He has also enjoyed an acting career that has spanned nearly 50 years, appearing on radio, television, film and stage where he has featured in seven Agatha Christie Company productions.