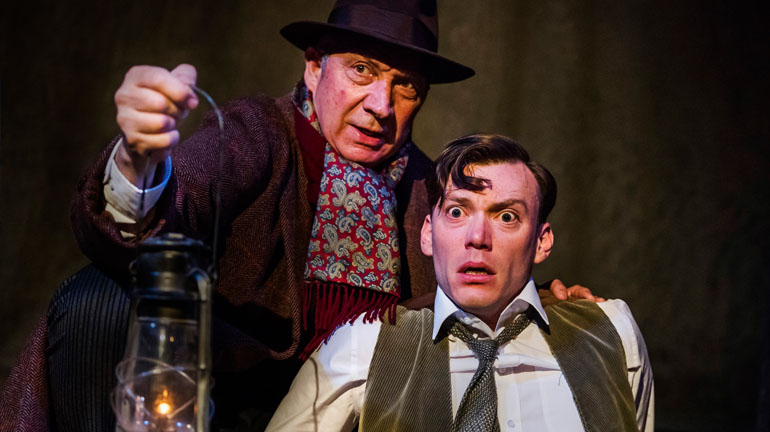 The Woman in Black at York Theatre Royal

Widely considered to be the most chilling play of all time, Susan Hill’s The Woman in Black returns to haunt audiences at York Theatre Royal from 12th to 16th November.

A lawyer is obsessed with a curse that he believes has been cast over his family by the spectre of a woman in black. He engages a sceptical young actor to help him retell his terrifying story.

It all begins innocently enough, but then, as they reach further into his darkest memories, they find themselves caught up in a world of eerie marshes and moaning winds…

The play was first seen at the Stephen Joseph Theatre in Susan Hill’s home town of Scarborough. The production is directed by Robin Herford, who showcases a brilliant study in atmosphere, illusion and controlled horror.