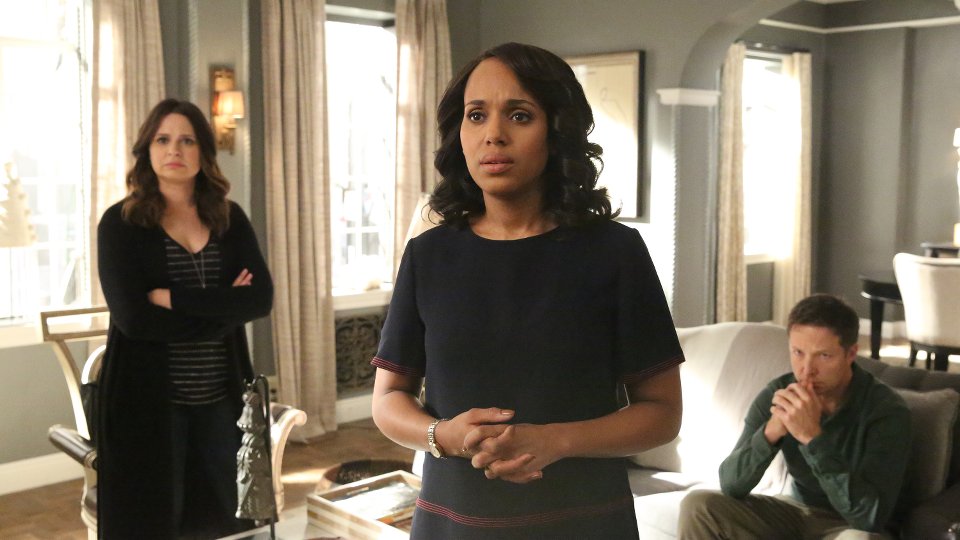 What if Olivia (Kerry Washington) had never rigged the election for Fitz (Tony Goldwyn)? That was the question posed in the 100th episode of Scandal.

As Olivia, Jake (Scott Foley) and Fitz clashed over the best method of action against Peus, Olivia pondered what life would have been like if she’d said ‘no’ to rigging the election in Fitz’ favour. In her fantasy she and Fitz married following the failure of his Presidential campaign.

Olivia threw herself into working alongside Marcus (Cornelius Smith Jr.) and her relationship with Fitz went south when he became dissatisfied with how his life turned out and bored of fronting his political chat show The Grant Report.

Meanwhile Mellie (Bellamy Young) married Cyrus (Jeff Perry) unaware that he was gay and began her campaign for President. She was appalled when Cyrus leaked photos of Sally Langston’s (Kate Burton) husband having sex with another man but was reminded by Cyrus that she knew what she was getting into when she married him.

Elsewhere Quinn (Katie Lowes) was going under her original name Lindsay Dwyer and was a popular contestant on a reality TV show.

The next episode of the season is Trojan Horse. Olivia and the team are determined to bring down Peus, but the struggle for power claims another victim.