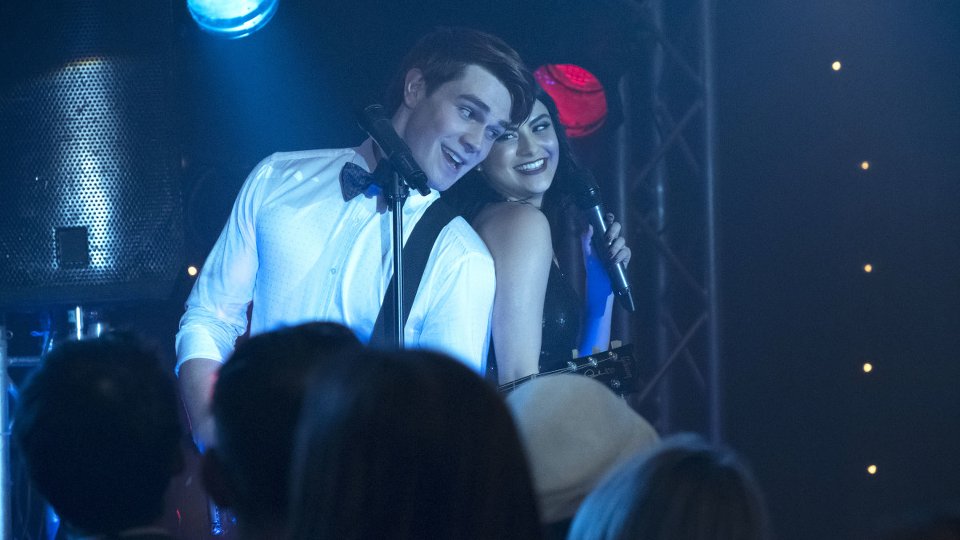 Jughead’s (Cole Sprouse) birthday arrived on the latest episode of Riverdale but he wasn’t happy about it.

Despite being warned that he hates his birthday, Betty (Lili Reinhart) organised a party at Archie’s (K.J. Apa) house while Fred (Luke Perry) was finalising his divorce from Archie’s mother Mary (Molly Ringwald). What was supposed to be a quiet gathering, turned into a raucous party thanks to Cheryl (Madelaine Petsch) and Chuck (Jordan Calloway) crashing it.

Archie buried his problems with booze while Jughead got into a fight when things turned nasty between his friends and Cheryl’s gang. F.P. (Skeet Ulrich) had been invited along and he broke up the party when Jughead was punched, sending everyone home.

Alice (Madchen Amick) stuck her nose in after spying on F.P. taking to Joaquin (Rob Raco) and suspecting he was up to no good. It was also suggested that Alice used to be a Serpent.

Elsewhere Archie and Veronica (Camila Mendes) hooked up after the party, Veronica was elected captain of The Vixens much to Cheryl’s anger, and Fred arrived back in Riverdale with Mary.

The next episode of the season is Chapter Eleven: To Riverdale and Back Again. Betty is slammed overseeing Homecoming and Reunion weekend, but Alice wants her to help with the Jason Blossom investigation.

Tune in to The CW Thursday at 9/8c in the US and Netflix on Friday in the UK to see the episode. Preview it with our gallery and the promo below: