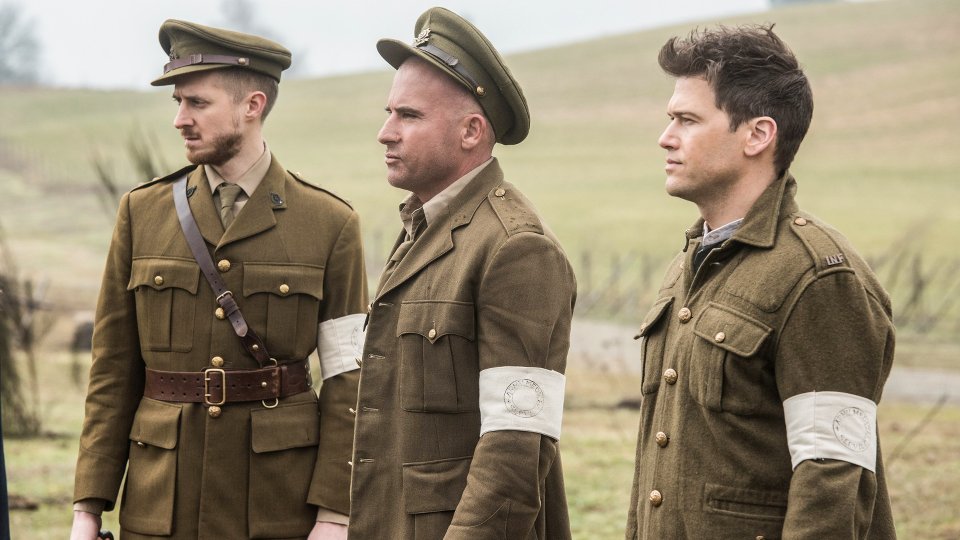 The Legends found themselves in an alternate reality created by the Legion of Doom on the penultimate season 2 episode of DC’s Legends of Tomorrow.

Eobard Thawne (Matt Letscher) was in charge and altered the minds of all of the Legends with the exception of Rip (Arthur Darvill). Each of the Legends had very different roles from what they usually do but Nate (Nick Zano) started to suspect that something wasn’t right with the world.

Mick (Dominic Purcell) tried to reverse his double cross by reuniting Nate with the Legends and helping them all get their real memories and identities back. Ray (Brandon Routh) invented a reality gun, which restored everyone’s memories but the Legends couldn’t get Stein (Victor Garber) on side and he destroyed the gun.

Thawne threatened to destroy the Spear of Destiny but a fight broke out with Darhk (Neal McDonough), Malcolm Merlyn (John Barrowman) and Snart (Wentworth Miller) uniting against him. Amaya (Maisie Richardson-Sellers) attempted to restore reality but was killed by Snart.

The Spear was destroyed by Thawne meaning that everyone was stuck in the alternate reality without their powers. They hatched a plan to travel back to 1916 to stop the Legion from getting the Spear.

Meanwhile it was revealed that Rip was in a miniaturised Waverider kept in Thawne’s office.

The season finale is Aruba. A huge timequake rocks the Legends’ ship, leaving them with no choice but to break the one cardinal rule of time travel.

Tune in to Sky 1 HD at 8pm tomorrow to see the episode. Preview it with our gallery and the promo below: