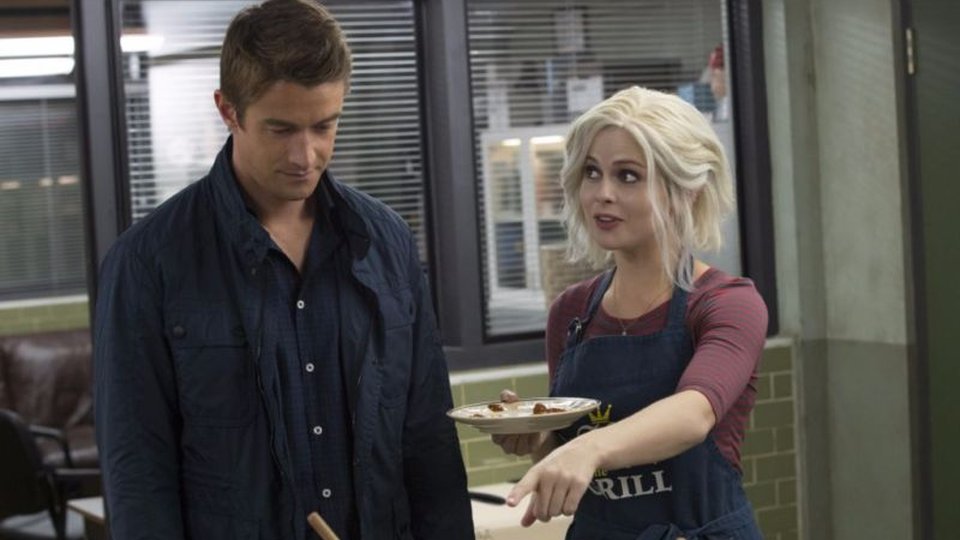 iZombie kicked off its third season last week and the existence of zombies is threatening to become public knowledge.

Following the aftermath of the Max Rager massacre, Liv (Rose McIver) was courted by Vivian Stoll (Andrea Savage) the CEO of paramilitary organization Fillmore Graves. Sure that the day was drawing closer that people found out that zombies existed, Vivian wanted to make Seattle a zombie safe zone and she was preparing an island to move all of the zombies to once the news broke, expecting it wouldn’t be received well.

Liv and Clive (Malcolm Goodwin) tried to interrupt a radio interview with a survivor of the Max Rager massacre but they arrived too late. A security guard revealed live on air that people were eating brains, leading to a public panic and the murder of a zombie family that had connections to Clive.

Elsewhere in the episode Major (Robert Buckley) was treated like a pariah despite being cleared of the Chaos Killer murders. He took a job with Fillmore Graves after failing to find anywhere else that would hire him. Don E. (Bryce Hodgson) still believed Blaine was faking his memory loss and started a revenge plot by unfreezing Blaine’s father Angus (Robert Knepper) and starting a rival brain business with him.

The next episode of the season is Zombie Knows Best. When Liv, Clive and Ravi arrive at the scene to investigate a fatal car accident, they begin to suspect foul play was involved.

Tune in to The CW at 9/8c Tuesday in the US and Netflix on Wednesday in the UK to see the episode. Preview it with our gallery and the promo below: