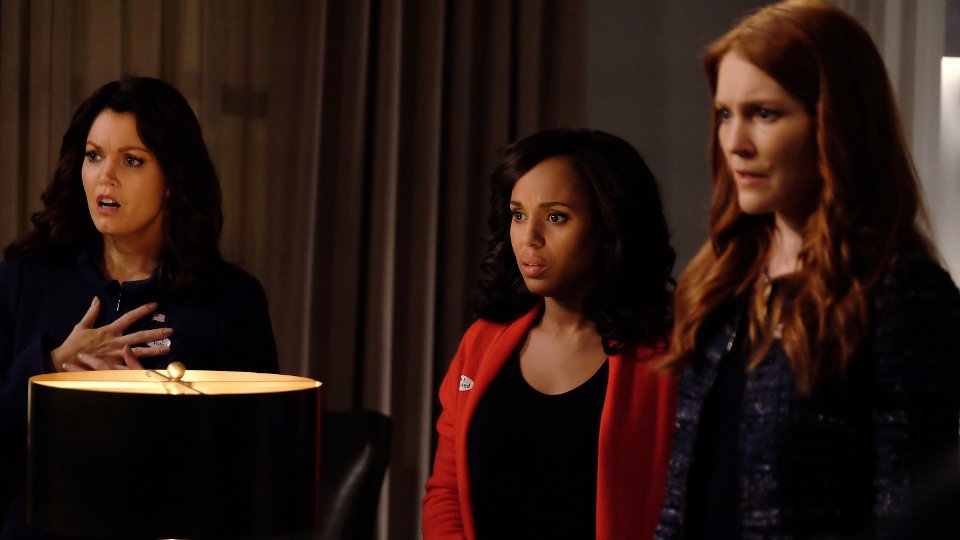 Scandal served up one hell of a twist during its latest episode, leaving the life of one of OPA’s finest in the balance.

Huck (Guillermo Diaz) became paranoid that his new girlfriend Meg (Phoebe Neidhardt) wasn’t who she said she was. After almost attacking her, Huck enlisted Olivia’s (Kerry Washington) help to talk Meg round but that proved to be a mistake.

Meg was revealed to be after Jennifer (Chelsea Kurtz) and when Huck led her to her former ‘friend’, Meg killed her and then shot Huck leaving him for dead.

In another twist it was revealed that Meg had been working for the mysterious organisation that wanted Mellie (Bellamy Young) to win the election and that Abby (Darby Stanchfield) was colluding with them.

The next episode of the season is A Stomach For Blood. Events are retold from Abby’s perspective, revealing that she is keeping an explosive secret.

Tune in to Sky Living HD at 10pm tonight to see the episode. Preview it with our gallery and the promo below: