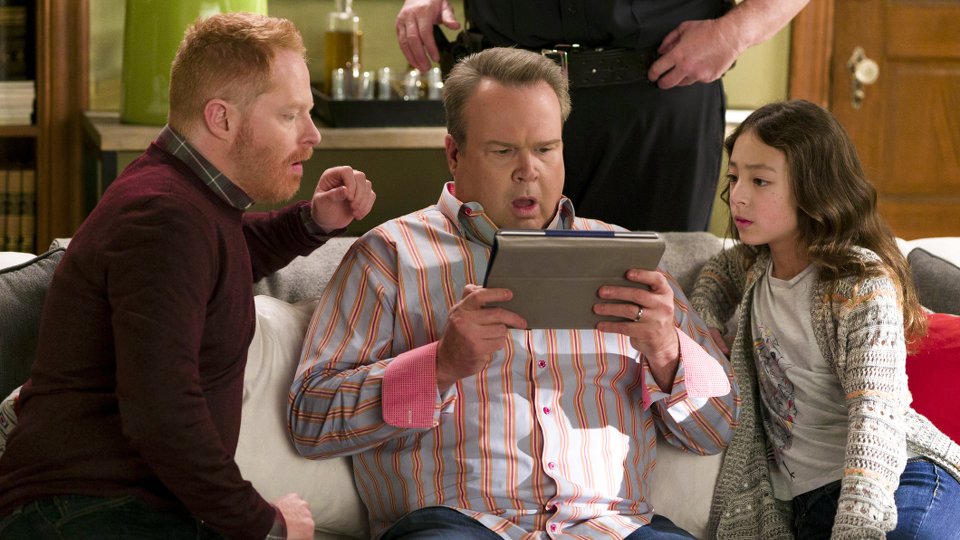 Phil (Ty Burrell) and Jay (Ed O’Neill) quickly realised that their investment was a dud on the latest episode of Modern Family.

The land the pair had bought turned out to be unusable meaning that they couldn’t realise Phil’s dreams of building Dunphy Tower. Meanwhile Gloria (Sofia Vergara) continued to try and bond with Claire (Julie Bowen) by bringing a masseuse to her office as a birthday surprise.

Elsewhere in the episode Cam (Eric Stonestreet) had to have an MRI after hitting his head doing a science project for Lily (Aubrey Anderson-Emmons), Alex (Ariel Winter) tried to pretend she was cool to get invited to a party by her co-workers, and Haley (Sarah Hyland) asked Manny (Rico Rodriguez) for help ahead of attending a Game of Thrones convention.

The next episode of the season is Finding Fizbo. An online video sets Cam on a quest to restore Fizbo’s good name. Meanwhile, Phil’s in for a surprise when he meets his future step-brother.

Tune in to Sky 1 HD at 8.30pm on Friday to see the episode. Preview it with our gallery and the promo below: