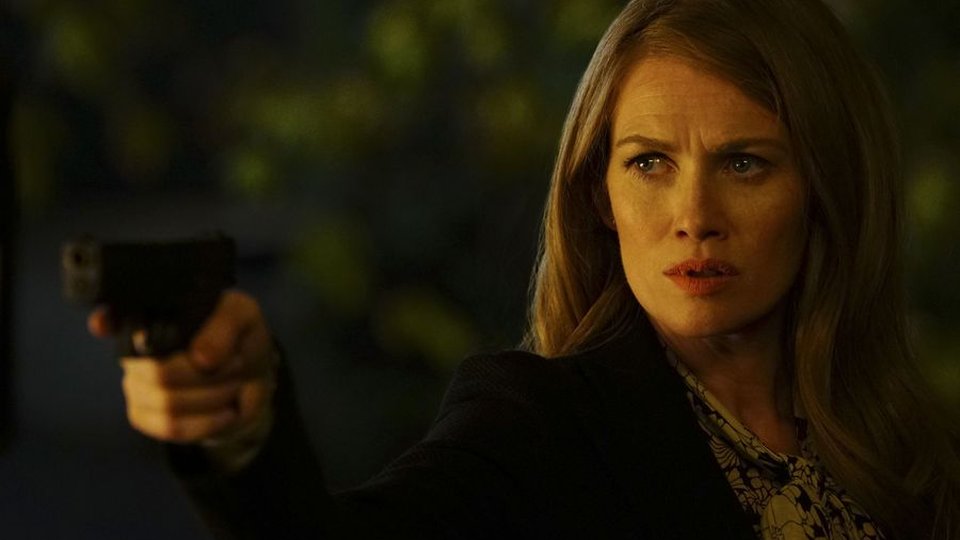 Alice (Mireille Enos) and Val (Rose Rollins) reluctantly agreed to work with Margot (Sonya Walger) on the latest episode of The Catch.

Fearing her life was in danger, Margot hired AVI to investigate who was behind the murders of her team. Agreeing to keep their working relationship a secret from Ben (Peter Krause), Alice and Margot worked together to uncover The Hammer (Ismael Cruz Cordova). Alice took him down and handed him over to Margot who revealed that she wanted to hire him.

Meanwhile Ben and Rhys (John Simm) worked a case for Agent Diaz (Gina Torres) involving a chef who was smuggling jewels with his fish supplies. Unfortunately things went haywire when the chef decided to quit the restaurant and start a new life elsewhere after his in-depth conversations with Ben.

Elsewhere in the episode Tommy (T.R. Knight) made a move on Sophie (Elvy Yost), which turned out to be a ploy to get his hands on the money left in an account under his name by his now deceased former employers. After downloading files from Sophie’s laptop, Tommy appealed to Rhys for help stealing the money.

The next episode of the season is The Dining Hall. Alice discovers some very hard truths about her brother Tommy, while Margot and the AVI team work to navigate their uneasy relationship.

Tune in to Sky Living HD on Tuesday at 10pm to see the episode. Preview it with our gallery and the promo below: