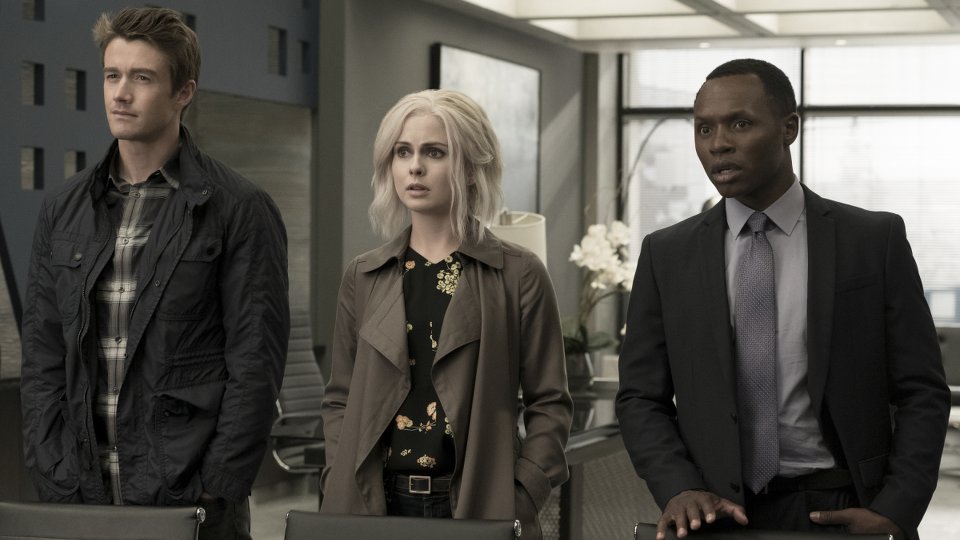 iZombie returns in the US and the UK this week for its third season.

For the first time iZombie will air in the UK on Netflix the day after it airs on The CW in the US. No more long waiting or having to avoid spoilers for us UK fans!

In the season 2 finale Liv (Rose McIver) discovered that Vivian Stoll (Andrea Savage) had plans to establish Seattle as a headquarters for zombies. Vivian purchased Max Rager and Vaughn (Steven Weber) threw a party to celebrate, which went disastrously wrong when employees mixed tainted utopium and Super Max resulting in a zombie massacre.

Elsewhere in the episode Clive (Malcolm Goodwin) found out that Liv was a zombie, Vaughn and his daughter Rita (Leanne Lapp) were killed, and Blaine (David Anders) teamed up with Ravi (Rahul Kohli) to save Peyton (Aly Michalka).

The first episode of the new season is Heaven Just Got a Little Bit Smoother. Liv has discovered there are more zombies living in Seattle than she previously believed. In fact, there’s a private military contractor employing a small zombie army, and that army is preparing for the day humans learn of their existence.

Major (Robert Buckley) was exonerated for the crimes of the Chaos Killer, but is still considered a pariah. He manages to land a job with the one and only place that will hire him. Meanwhile, Blaine is accused of lying.

Tune in to The CW at 9/8c Tuesday in the US and Netflix on Wednesday in the UK. Preview it with our gallery and the promo below: