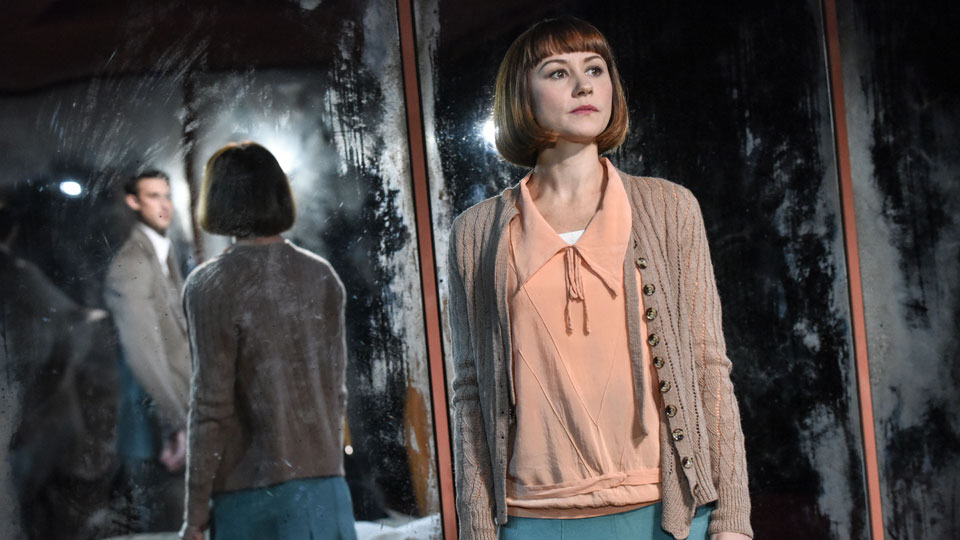 This new play is a beautiful and unorthodox love story about two people struggling to escape the guilt and ghosts of the past, set against the shifting world of London post-World War I. As the roles women play change, Stephanie, a war widow finds it increasingly difficult to play by the rules as she still longs to have a baby. A meeting with Dennis changes everything. A desperate woman. A chivalrous man. And a forbidden kiss.

While Bean is more often know for comedy and farce, this intimate and tender portrayal reflects emotion in a time of great crisis and suffering. Bean’s other plays include One Man, Two Guvnors, Great Britain, Made in Dagenham and the recent sell out hit The Nap, which starred Jack O’Connell. He comments, I’m very excited that Kiss Me is transferring to Trafalgar Studios, and this intriguing story will hopefully find a wider audience. It will be great to be working with Claire Lams, Ben Lloyd-Hughes and Anna Ledwich again.

Director Anna Ledwich will be returning to the Trafalgar Studios following her Olivier-award nomination for Four Minutes Twelve Seconds.

In this article:Kiss Me, Richard Bean, Trafalgar Studios