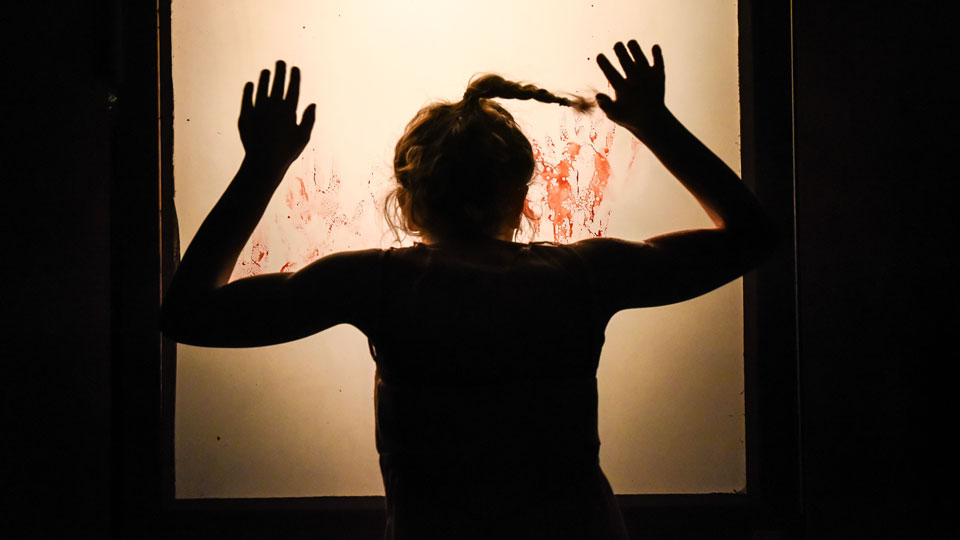 The disturbing issue of child sexual exploitation is brought uncompromisingly to the stage in Phil Davies’ Firebird, which after premiering at the Hampstead Theatre transfers to the West End’s Trafalgar Studios.

Tia (Callie Cooke) is a troubled teen – old before her time – an aggressive streak covering insecurities and self-loathing. Where has this sad and disturbed mindset come from? That’s what Firebird works backwards to pinpoint, and it does so by getting under the skin of an abused teenager and presenting the difficult truth about how life choices can lead to self-destruction.

It’s an encounter with the superficially charming AJ (Phaldut Sharma) that changes everything for Tia. He buys her chips. He compliments her on her looks. He offers her a gift. In such a simple way, Tia’s trust is cheaply bought, and things go from bad to worse.

Firebird starts slowly. We’re introduced to Tia with her friend, or at least someone who will put up with her, Katie (played by Tahirah Sharif). The contrast between the normal teenager Katie and the self-proclaimed ‘damaged goods’ of Tia is palpable. But if the encounter with AJ in the kebab shop is uncomfortable, then the second half of the play is outright distressing, and the tension in Phil Davies’ writing is unrelenting.

Firebird is a well-crafted look at how a desperation for affection, perhaps even approaching Stockholm Syndrome, can see a child groomed and sexually exploited, and in the figure of AJ, it presents a chilling characterisation of dangerous charm.

The tension in the writing and Edward Hall’s direction is well-maintained, and steadily increases throughout, but it’s Callie Cooke’s central performance as Tia that’s fundamental to drawing the audience in. It’s remarkably mature, especially considering that this is Cooke’s debut theatre role. Her characterisation of Tia is full of contradictions and subtlety, and her journey is a heartbreaking one to follow. Perhaps one or two more moments of calm or self-control would make the moments of high drama even stronger, but undoubtedly Cooke is one to watch.

Tahirah Sharif has a supporting but crucial role as Katie, and she’s an effective foil to Cooke’s Tia – embodying childhood innocence and optimism. Phaldut Sharma is also excellent as AJ. He keeps the audience guessing about his real intentions and presents a dark side of human nature with psychological truth. He has the unenviable task of returning in another role as a police officer interviewing Tia, which he characterises suitably differently. At first, we were unsure about the merits of having the same actor play both roles, but in the context of the play, it’s an artistic decision that is justified – which is brought into fuller clarity by the shocking final scene.

There are moments of Firebird where the dialogue isn’t necessarily serving the story – for example the opening scenes goes on for too long and it’s really only the second scene, where we learn what is at stake for the characters, that our attention is grabbed. Despite a couple of minor structural criticisms, there’s no denying that Firebird is a powerful, moving and often unbearably tense piece of theatre. It’s aided by the short run-time of 75 minutes without an interval – so there’s no respite. It’s uncomfortable viewing, certainly, but if you like strong thematic drama, Firebird is well worth your attention, and the issues it raises are pertinent and timely.