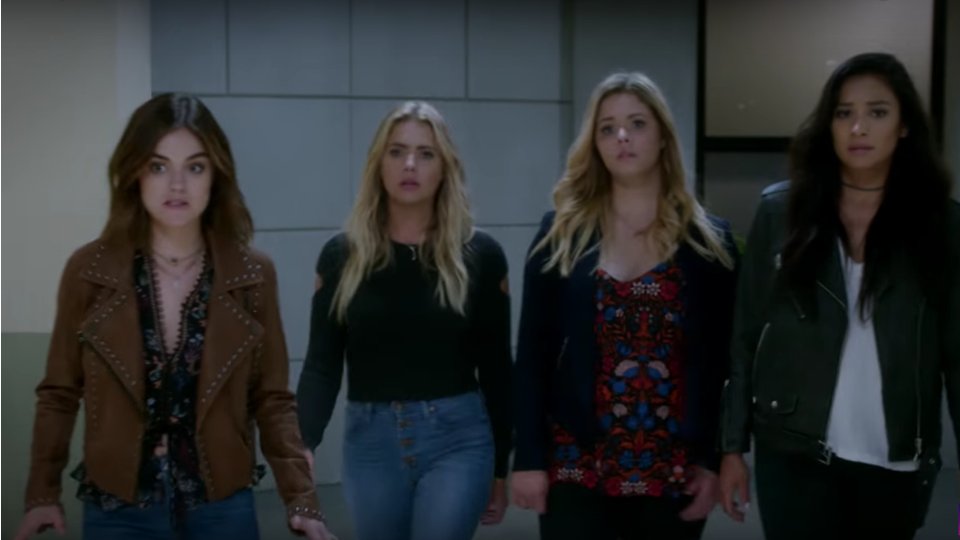 Pretty Little Liars returns for its final 10 episodes in April and the first minute of of the 7B premiere has been released following Paleyfest.

Originally screened during the PLL panel at Paleyfest, the first minute picks up in the aftermath of Spencer (Troian Bellisario) being shot. She’s seen being rushed into hospital with Aria (Lucy Hale), Alison (Sasha Pieterse), Emily (Shay Mitchell) and Hanna (Ashley Benson) following behind her.

Once there the four girls talk about the implications of what occurred prior to the shooting and are surprised to see Toby (Keegan Allen) being wheeled into the hospital.

During the Paleyfest panel the cast and crew promised that there would be a huge twist in the 2-hour series finale and teased the end-games for the popular PLL couples.

Watch the first minute of the 7B premiere below: