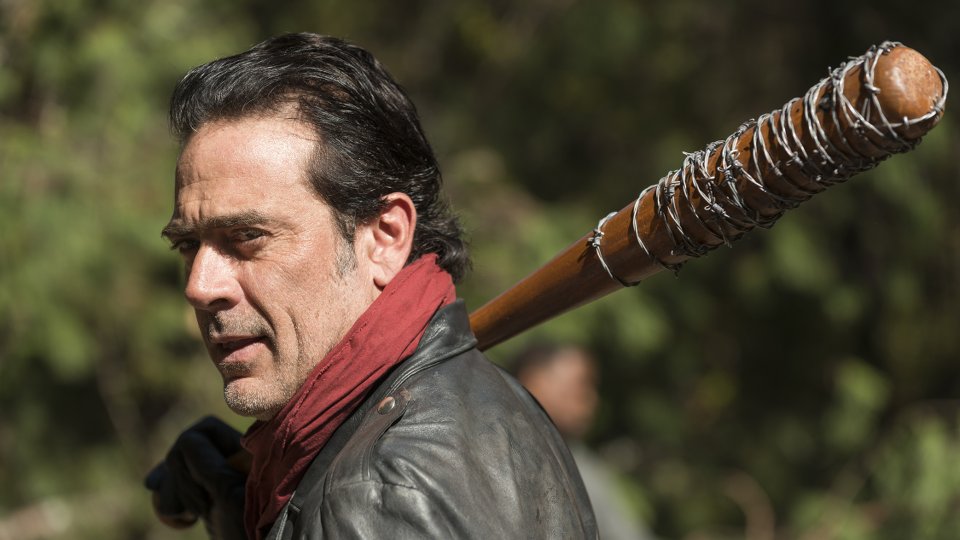 Tara (Alanna Masterson) led the group to Oceanside on the latest episode of The Walking Dead.

After finally coming clean to Rick (Andrew Lincoln) about the secret community, Tara led a mission to convince Oceanside to join them in the fight against The Saviors. Natania (Deborah May) refused to help the group but did give in and allow them to take all of their guns.

Meanwhile Sasha (Sonequa Martin-Green) was held prisoner at The Sanctuary and Negan (Jeffery Dean Morgan) tried to convince her to join The Saviors. Realising she could be used against her friends, Sasha appealed to Eugene (Josh McDermitt) to help her find a way out and he gave her the poison capsules he made.

Elsewhere Rosita (Christian Serratos) returned to Alexandria with Dwight (Austin Amelio) who wanted to fight against Negan and Maggie (Lauren Cohan) tried to smooth things over with Gregory (Xander Berkeley).

The season finale is The First Day of the Rest of Your Life. The stakes continue to grow higher as paths cross; the group enacts an intricate plan.

Tune in to FOX HD at 9pm on Monday to see the episode. Preview it with our gallery and the promo below: