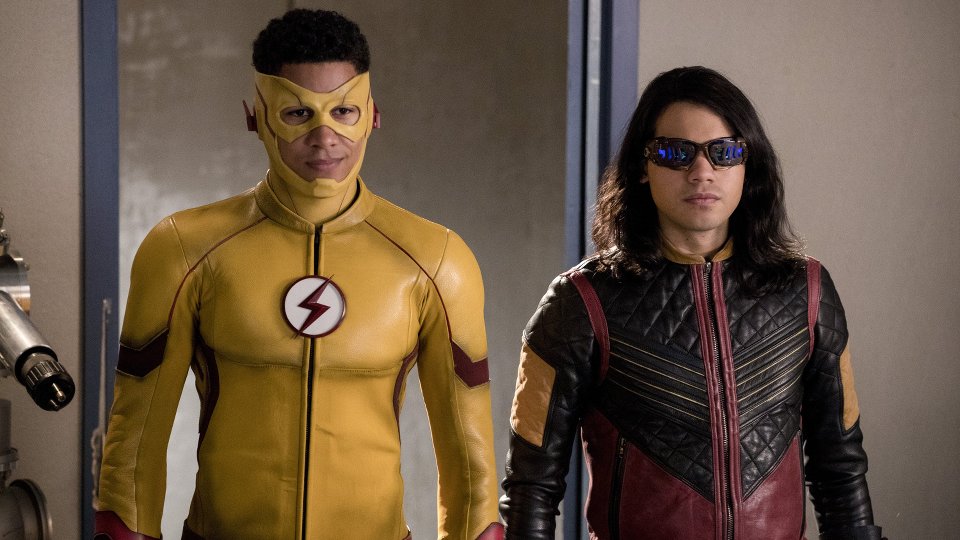 Barry (Grant Gustin) and Kara (Melissa Benoist) fought their way out of a dreamland on the latest episode of The Flash.

Mon-El (Chris Wood) arrived on Earth-1 with a comatose Kara following her run in with the Music Meister (Darren Criss). Barry fell victim to the Music Meister too and ended up in a dream world with Kara where they were both lounge singers.

They quickly realised that they had to play along with the storyline of the musical, which involved helping two warring families accept a forbidden relationship between Iris and Mon-El.

When they failed to stop the families engaging a shootout, both Barry and Kara were shot. Cisco vibed Iris and Mon-El into the dream and their love brought Barry and Kara back.

After waking up, Barry and Kara were told by the Music Meister that he wanted them to realise their love for each other. Kara returned to her Earth with Mon-El and Barry and Iris moved back in together and got engaged again.

The next episode of the season is Abra Kadabra. The Flash fights a villain from Earth-19 called Abra Kadabra, who offers to reveal Savitar’s identity in exchange for his release.