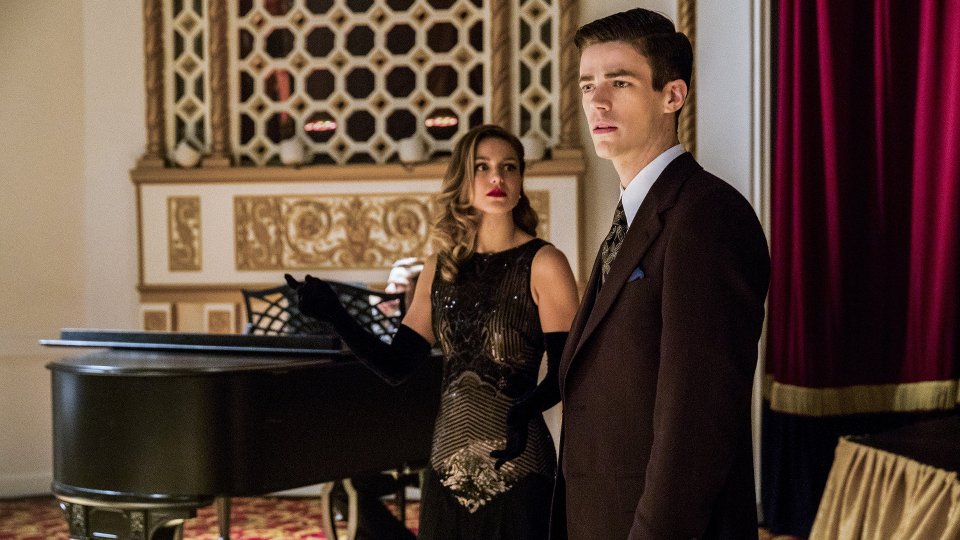 Barry (Grant Gustin) entered the Speed Force to rescue Wally (Keiynan Lonsdale) on the latest episode of The Flash.

Feeling responsible for everything that was happening to his friends, Barry asked Cisco (Carlos Valdes) to vibe him into the Speed Force. Once there, Barry saw manifestations of people who had sacrificed their lives including Eddie (Rick Cosnett) and Ronnie (Robbie Amell).

Realising that he needs to save Iris (Candice Patton), Barry defeated Zoom and was surprised when the real Jay Garrick (John Wesley Shipp) turned up to help him. Jay voluntarily took Wally’s place in the Speed Force so that Barry and Wally could return back to Earth-1.

Elsewhere Jesse (Violett Beane) confronted Savitar and discovered he was human under his suit before deciding to go to Earth-3 to protect the city until Jay was released from the Speed Force, and Barry suggested to Iris that they take a break after admitting he proposed to her for the wrong reasons.

The next episode of the season is Duet. Life becomes a musical for Supergirl (Melissa Benoist) and The Flash as Music Meister (Darren Criss) casts them into an alternate reality.