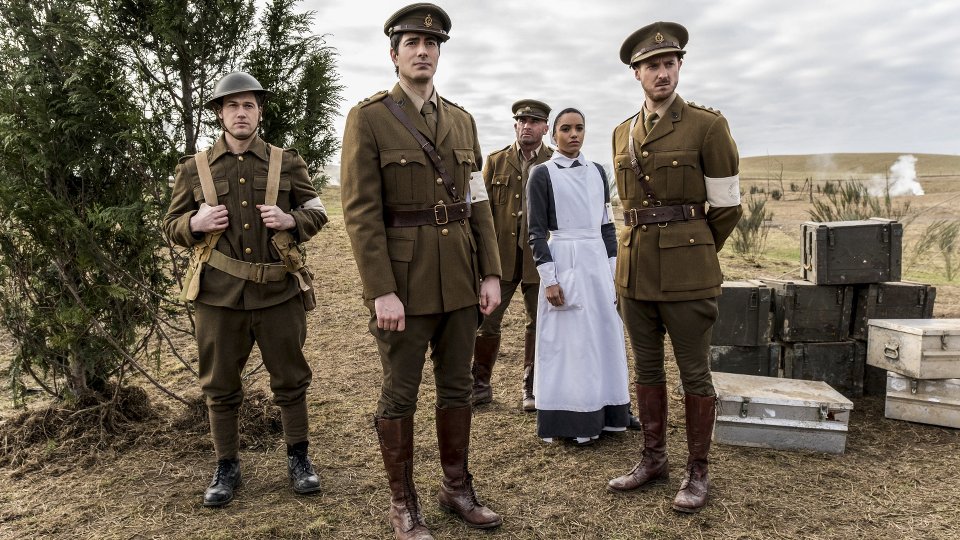 The Legends paid a visit to NASA in 1970 to locate Henry Heywood (Matthew MacCaull) on the latest episode of DC’s Legends of Tomorrow.

Henry told the Legends that he hid his fragment of the spear in the flag left by Apollo 11 mission. After discovering that the Apollo 13 mission was going as planned, the Legends followed it to space where Ray (Brandon Routh) discovered that Eobard Thawne (Matt Letscher) had taken the identity of one of the astronauts.

Stranded on the Apollo command module with Eobard, Ray restrained him and retrieved the spear fragement but the Waverider couldn’t pick him up after it became damaged. Ray was forced to work with Eobard to get the Apollo off the moon and back to the Waverider.

Once on the Waverider, Eobard was restrained but he helped the team get the angle of re-entry into Earth correct so they didn’t die. Henry sacrificed himself to save the team leaving Nate (Nick Zano) devastated.

Elsewhere Sara (Caity Lotz) and Rip (Arthur Darvill) clashed over who would be the better Captain, and Amaya (Maisie Richardson-Sellers) asked Gideon (Amy Pemberton) to see her future.

The next episode of the season is Fellowship of the Spear. The team’s plot to find the last fragments of the Spear of Destiny leads them into the heart of war. Plus, a former teammate returns.