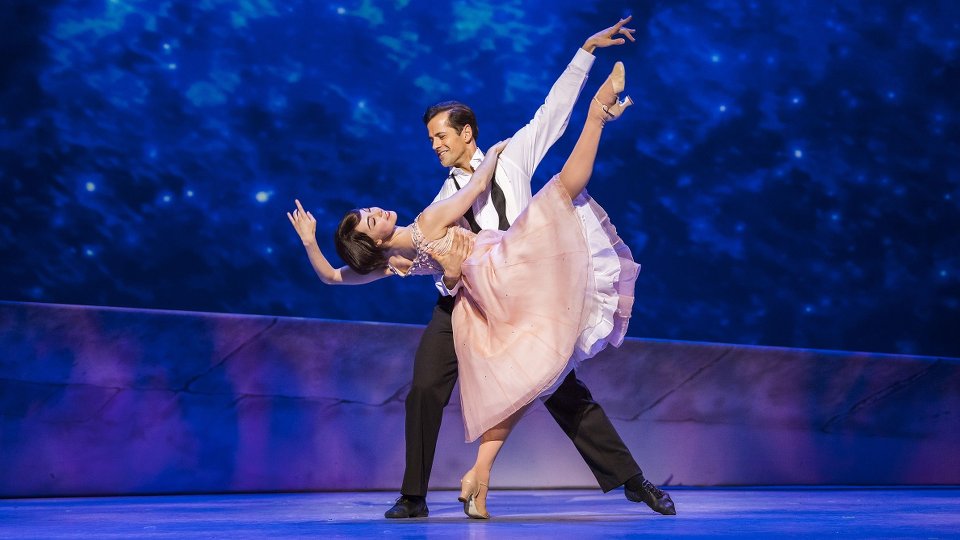 An American in Paris in inspired by the fabulous Academy Award winning 1951 film.

It’s almost as if by a huge scale of coincidence that this level of delight and wholesomeness is welcomed to the West End. We say this, as it follows hotly on the heels of La La Land, in that it brings old-school glamour and snippets of old fashioned romance back to our somewhat jaded millennial lives. The Broadway production closed almost 18 months ago to go on tour. And now it’s the UK’s turn to be treated to this spectacular, as the Dominion Theatre opens its arms for its London run. Following its hugely successful run on Broadway, where it won numerous awards, including several Tony awards (with the music and lyrics by George and Ira Gershwin), my expectations for the show were high and merited.

As the show suggests, the production is set in Paris, just after the Second World War. The show is described as a musical play, it is however a whole lot more than that. This show in fabulous and creative in every sense. Visually, it is sensational, with costumes to die for. Glamour, glitz, bespoke outfits, all immaculately presented, with the finest attention to detail. I’m pretty sure that the entire cast have more costume changes between them than is seen on a Mariah Carey and Kylie Minogue tour, combined. And that’s saying something.

What really stood out was the choreography, the dancing and the impossibly perfect ballet movement throughout. It took us on a journey far away from our present state, to a world of magic, dreams and joviality. The energy is set high and it remains so, even when the final curtain goes down. The cast are superb. I could watch Leanne Cope dance all night, she is flawless and an excellent actress. The set-design is perfect and every scene is painstakingly catered to. You do feel as if you are in Paris. The lighting enhances every important moment and there are so many wow moments, that I just had to sit there, look on in wonder and try to absorb all that was going on. An American in Paris is an instant classic, that I am so pleased has secured its spot in the West End. Go and see it, immediately!