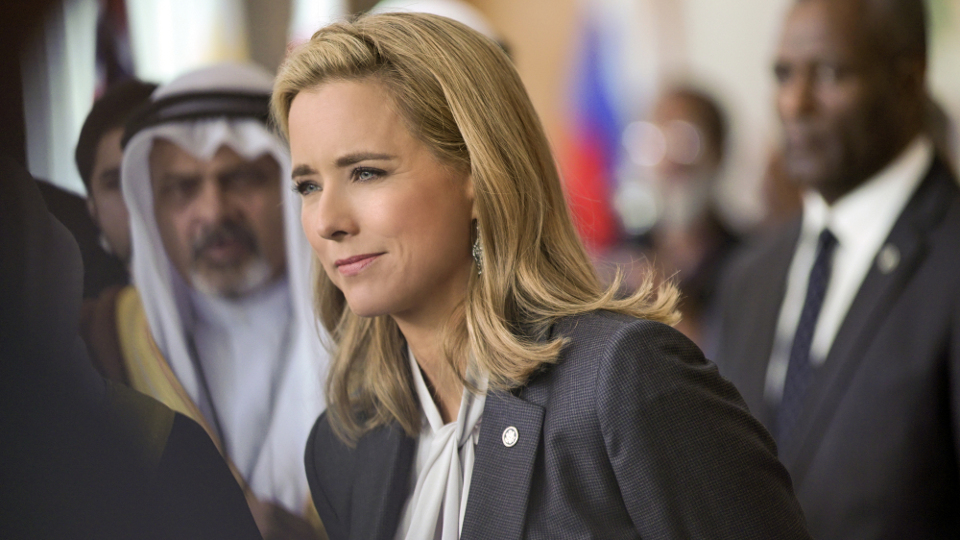 On the latest episode of Madam Secretary, Elizabeth (Téa Leoni) had to deal with the fallout of Henry’s CIA operative being taken.

At the end of the last episode, Henry (Tim Daly) and Black Dog Station were conducting an undercover operation against Hizb al-Shahid. However after what looked like a successful outcome, their operative was grabbed and bundled into a car.

They carried out an investigation, presuming it was Hizb al-Shahid behind the abduction. They were surprised to find that she had been taken by French Intelligence. They were also conducting an operation and didn’t know that she was working for the CIA.

Meanwhile, the French Prime Minister was visiting the U.S. and the situation led to them deciding to pull out of a state dinner. Elizabeth was tasked with fixing things and she tried to talk him around. He refused to attend the dinner or release the operative.

Instead he pushed for France’s NATO payments to be lowered to 5%. This was unacceptable to the U.S. so Elizabeth pushed back. She explained if the operative wasn’t released that she would have all French spies operating on U.S. soil arrested. It worked and the operative was released.

She later made contact with Black Dog Station and updated them on the operation against Hizb al-Shahid. She explained what she knew about the man set to take over the terrorist organisation. However they needed the information from French Intelligence

Elsewhere in the episode, the hacker story continued. Captain Baker (Justine Lupe) called in to update the McCords. They had determined that the hacker had been using a specific payment system called Bucksend. She also explained a plan that would allow them to get more information next time the hacker made a payment.

Back at work, Elizabeth found her office had been vandalised with the word ‘QUIT’ spray painted across the wall. The FBI were called and they worked out that it was the office cleaner who must be responsible.

They tracked him down and he explained how he had been offered $500,000 to do the graffiti. They found out he was waiting on a payment from the hacker so they set a trap and waited. The plan worked and the hacker was finally identified as a man named Ron Jameway.

At the end of the episode, Elizabeth and Henry attended the state dinner. There they spoke with Julius Burton to explain they knew he was behind the stalker. He denied his involvement and threatened that he could have her fired by just asking the President.

President Dalton (Keith Carradine) overheard the claims and brought the Attorney General with him. Dalton made clear that he’d side with Elizabeth even if it meant losing Burton’s support.

The next episode is The Statement. Elizabeth discovers that a terrorist bombing at an Illinois coffee shop was funded by someone with close ties to the Saudi government.