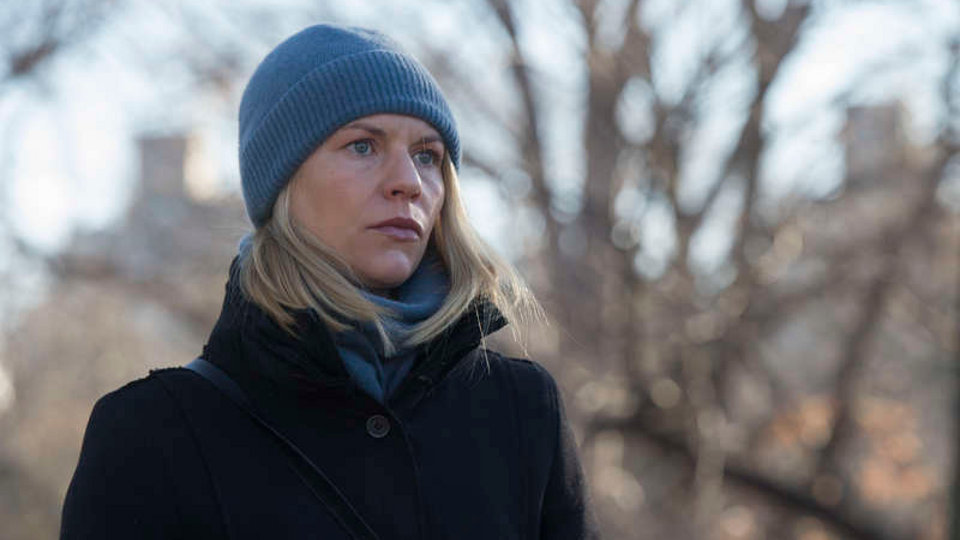 On the latest episode of Homeland, Carrie (Claire Danes) teamed up with Saul (Mandy Patinkin).

At the start of the episode, Saul turned up at Carrie’s home to talk to her about his situation and ask for help. He didn’t know about the problems with child services taking Franny and offered to help in anyway he could.

Carrie said interfering would make things worse. Instead Saul drove her to the foster home so she could watch Franny from a distance. It allowed her to see she was safe and happy. Carrie almost lost it and tried to go and see Franny by Saul stopped her.

With Carrie in a better frame of mind, Saul asked for her help. He wanted her to setup a meeting between Javadi (Shaun Toub) and the President-elect Elizabeth Keane (Elizabeth Marvel). He explained how Javadi would confirm there was no parallel nuclear program in North Korea.

At the meeting Javadi did the opposite and told Keane that Iran was working with the North Koreans. Saul couldn’t believe what he was hearing and he appealed to Javadi to tell the truth. Keane wasn’t sure who to believe and left. After Javadi explained that he had decided to side with Dar Adal (F Abraham Murray).

Elsewhere in the episode, Quinn (Rupert Friend) struggled with paranoia about his own situation. When Astrid (Nina Hoss) went out for a run he went through her stuff. He also removed the bullets from her handgun which was in her car.

Later, at a visit to the local supermarket, Quinn was convinced that he saw Astrid talking to the man who had been watching Carrie. He saw the vehicle that the man left in and on the way home he spotted the same vehicle at a motel.

Back at the house, Quinn confronted Astrid but she denied anything was going on. Upset, Quinn punched her in the stomach and fled in the car. He went to the motel and assaulted the guy he saw earlier but was shocked to discover it was an innocent man and not who he thought he’d seen.

He returned to Astrid to apologise but she was preparing to leave. While attempting to stop her leaving he spotted a sniper in the woods and pulled her to the ground. The bullet missed Astrid but grazed Quinn across the head.

Astrid made a dash to her car to get her gun. Quinn tried to stop her but was too dazed. She made it to the car, grabbed the gun and tried to take out the sniper but didn’t know there were no bullets. The gunman shot her and then he came over to finish her off.

The gunman then went after Quinn who was attempting to escape. His disability made things difficult and before he could get away he was shot in the shoulder. The impact knocked him into the lake and the gunman peppered the water with bullets to make sure.

He waited a short time and then, satisfied that Quinn was dead, he left. A few moments later Quinn emerged from the water still alive.

Check out the Homeland 6×09 trailer below: