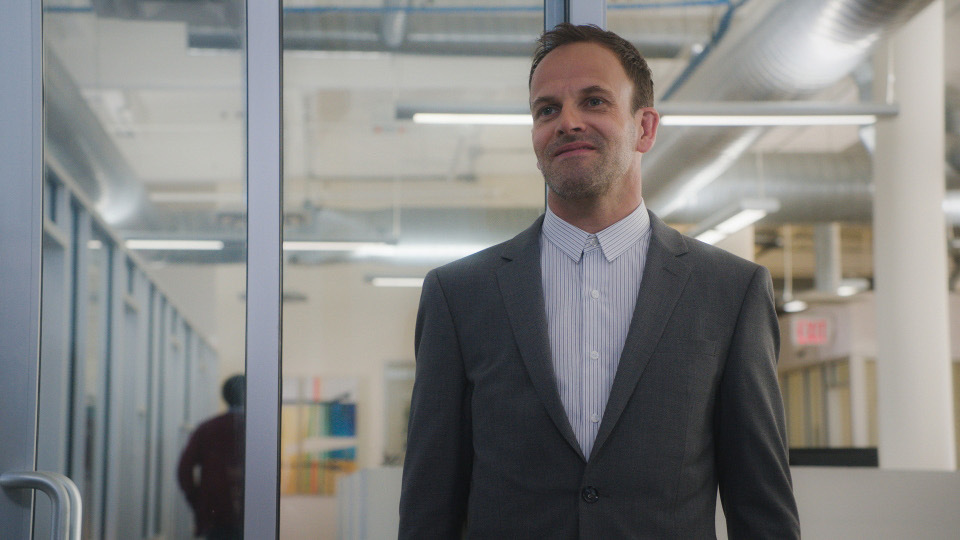 On the latest episode of Elementary, Holmes (Jonny Lee Miller) and Watson (Lucy Liu) found themselves on the hunt for a stolen plutonium shipment.

If you’re not up to date with Elementary and like to avoid spoilers we suggest you don’t read any further.

The episode opened up with Watson attending the funeral of her father. There she spoke with her step-sister Lin (Samantha Quan) and they agreed to get together later in the week. When they did, Lin gave Watson a letter that their father left for her.

Meanwhile, a man was taking a walk through the city while chatting on his phone. Suddenly he was struck down by what looked to be lightning. Sherlock arrived on the scene as paramedics were to take the body away. A quick look was all he needed to deduce that the man was actually killed by man-made electricity.

Captain Gregson (Aidan Quinn), Sherlock and Watson, examined the body back in the lab. They discovered that the electricity entered his body about hip height. The man worked for a power plant and his wife was a physicist. A little investigation revealed that the pair had a history of domestic disputes.

After bringing the wife in, she realised she was a suspect. She explained that she had been cheating on her husband. The affair gave her an alibi for where she was when her husband was killed. Despite her expertise she didn’t know how to make the suspected lighting gun. However, she did have an idea of which companies could be working on such technology.

Detective Bell (Jon Michael Hill) and Sherlock discovered that the murdered man had been working on some kind of lightning cannon. At the company they found out that the cannon was nicknamed Sparky and was loaded in the back of a truck. Sherlock noticed that the truck had been driven the previous night. This gave them a suspect for the murder who admitted to using the truck. He had wanted to zap the man but not kill him. He also revealed that he had bought plutonium on a business trip to Japan but that it was stolen after he smuggled it into the country.

At the precinct, Captain Gregson got to work on tracking the plutonium down with the help of Don Kohler (Alimi Ballard). Sherlock found the lights were hurting his eyes so Watson suggested they go home. Back home they spoke about Watson’s letter and she said she had thrown it away. Sherlock later recovered it from the trash and convinced her to read it. Her father had been trying to tell her about Lin with the hope the pair would meet.

CCTV footage turned up a suspicious van which the police soon tracked down. It was giving off trace radiation and Sherlock was able to pinpoint the location the van had been from the gravel in its tyres. Further investigation led them to a house owned by an ex-con known for his bomb making skills. At the address he was found dead and there was evidence that the plutonium had been there and that he was making a bomb.

A tattoo on the bomb-maker revealed he belonged to a white power gang. Bell found out which gang he was with in prison and then they identified the leader. Sherlock uncovered that the leader had a war gaming hobby and found him at a tournament.

It turned out that he wasn’t anything to do with what had happened. However, he was able to point them in the direction of some Europeans who had been trying to buy a dirty bomb. A report came in of a bomb threat against a mosque. However, a review of CCTV footage led Sherlock to believe there was no bomb. Instead it was a cover for a jewel heist.

As usual, Sherlock was right and the police caught the thieves red-handed. Back at the precinct, Sherlock revealed that Kohler was dating the sister of one of the thieves and in on the heist. He was arrested for his involvement.

The official synopsis for Elementary 6×03 reads:

Holmes and Watson enter the world of rare antiquities when they investigate a case in which victim was killed during a Revolutionary War reenactment. Also, as Holmes grows frustrated with the length of his cognitive recovery, he finds solace in his growing friendship with Michael.

Tune in to Sky Living HD at 9pm on Monday to watch the next episode. Preview it with our gallery below: