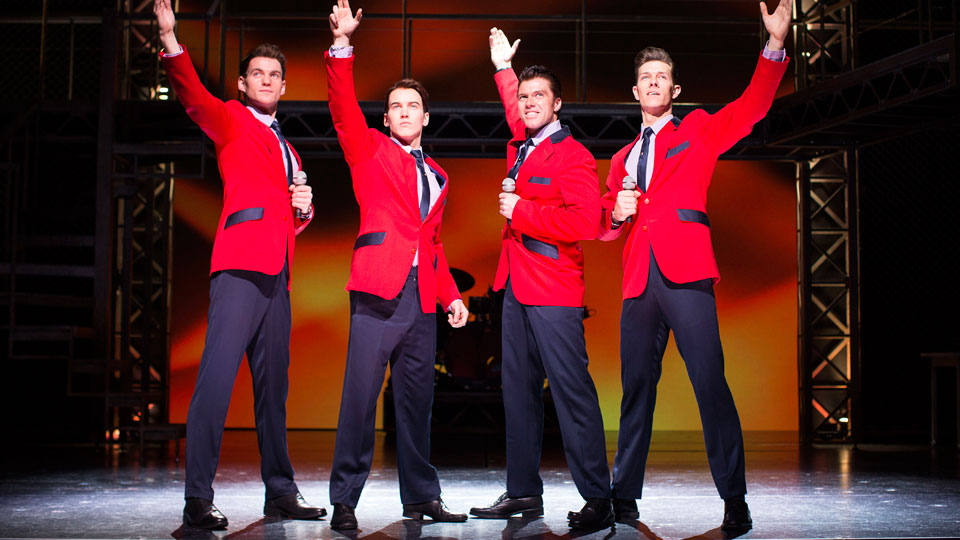 The producers of Jersey Boys are delighted to announce a second UK and Ireland Tour, to open at the New Alexandra Theatre, Birmingham on 16 December 2017.

The show first opened in London at the Prince Edward Theatre in 2008 and moved to the Piccadilly Theatre in 2014. The Olivier Award-winning West End production will close on Sunday 26th March 2017 following nine amazing years in London. The first UK and Ireland Tour was a record-breaking success and ran for 18 months.

Jersey Boys is the remarkable true story of Frankie Valli and the Four Seasons and their rise to stardom from the wrong side of the tracks. These four boys from New Jersey became one of the most successful bands in pop history, were inducted into the Rock & Roll Hall of Fame and sold 175 million records worldwide, all before they turned 30. The show is packed with their hits, including Beggin’, Sherry, Walk Like A Man, December, 1963 (Oh What a Night), Big Girls Don’t Cry, My Eyes Adored You, Let’s Hang On (To What We’ve Got), Bye Bye Baby, Can’t Take My Eyes Off You, Working My Way Back to You, Fallen Angel, Rag Doll and Who Loves You.

The show is written by Marshall Brickman and Rick Elice, with music by Bob Gaudio and lyrics by Bob Crewe. The orchestrations are by Steve Orich and the music supervision and vocal arrangements by Ron Melrose.

For further details of the tour, and to book, please visit www.jerseyboysuktour.com.