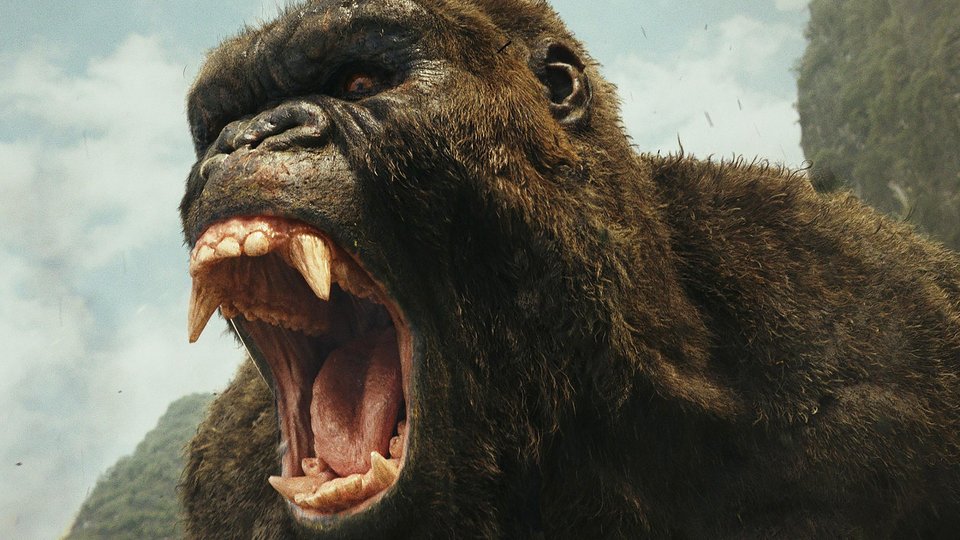 This iteration of King Kong distances itself from the classic story that we all know, and which was done so effectively by Peter Jackson way back in 2005. This version is a different beast altogether – setting itself up as a far more enjoyable and action-packed movie in its own right, with fresh new characters and crucially, a brand new era to play in.

It’s 1973, the Vietnam War is coming to an end and America is nursing its wounds. An uncharted island has been discovered that’s usually blanketed by an intense storm-front that makes it practically invisible to radar. In a bid to beat the Russians to discovery, a group of explorers led by Bill Randa (John Goodman) make the trip over there to see what they can find. Along for the ride are a squad of soldiers headed by war dog Preston Packard (Samuel L. Jackson), Mason Weaver (Brie Larson), a war-correspondent photographer and an SAS tracker named James Conrad (Tom Hiddleston).

The set-up is excellent and introduces us to all of the principal players very well. It’s also nice to see screen legend Richard Jenkins in a cameo role as the US Senator who authorises the mission to Monarch, a secretive organization fronted by John Goodman’s character. Citing a desire to test the seismic activity of the island, Randa orders the dropping of bombs which disturbs one of the islands most majestic and dangerous creatures – Kong. But as the giant ape wrecks havoc on his uninvited guests, it becomes clear that he’s not the only island inhabitant that’s been awakened by the blasts. What follows is a simple but very effective story that separates the survivors across the island. They must then reunite and get to the extraction point before Skull Island takes them for good.

The cast are all uniformly brilliant with Tom Hiddleston leading the line exceptionally well as our reluctant hero Conrad. It’s also great that the character is British, which allows for Hiddleston’s eloquent accent to be used to good effect. Brie Larson lights up the story whenever she’s onscreen. Toby Kebbell does well as Jack Chapman, an American fighter pilot who is isolated from his company on the island, but he could have been used a lot more. The same can be said of Tian Jing and Corey Hawkins as young research scientists on the expedition.  John Goodman, John Ortiz and Samuel L. Jackson are their usual, reliable selves but it’s John C. Reilly who steals the film as a mysterious presence on the island, Hank Marlow.

As great as the human cast are, we are all really here for one thing – the monkey. And what a sight it is! Kong is simply breathtaking and needs to be experienced on a massive screen. IMAX is tailor-made for such spectacle and the format lends itself to this movie immeasurably. The size and scale are majestic and it makes for a classic monster mash-up movie that leaves you in awe. His introduction to the film is great and huge praise needs to go to director Jordan Vogt-Roberts who films the action very well. There are no rapid cuts or silly tricks, just an old-fashioned slug-fest between Kong and some of Skull Island’s most dangerous creatures that’s shot clearly and to the point.

Kong is primarily played by Terry Notary, an actor, stunt coordinator and motion capture expert who had worked with Toby Kebbell on Dawn of the Planet of the Apes. Kebbell also lends some mo-cap facial expressions to the ape’s design too. Notary’s work shouldn’t go unnoticed here though -he gives Kong true screen presence, portraying the king of Skull Island in a truly sensational way that I’m sure would make even Andy Serkis proud. And make no mistake; mo-cap is proper acting. This isn’t just a CGI render, there’s actual method in use here too.

Vogt-Roberts has delivered a crowd-pleasing gem that hits all of its marks with style and spectacle. The ensemble all convince too, with a decent amount of characters all lending to the story at large. With breathtaking effects, an amazing finale and some wonderfully choreographed set-pieces, Kong: Skull Island is a big success that has come at just the right time. It makes for a perfect antidote to the recent spate of award-season favourites, delivering a popcorn-munching matinee hit that’s hugely enjoyable on all fronts. Be sure to stay until the very end of the closing credits too – there’s a great sting that raises huge anticipation for a sequel.