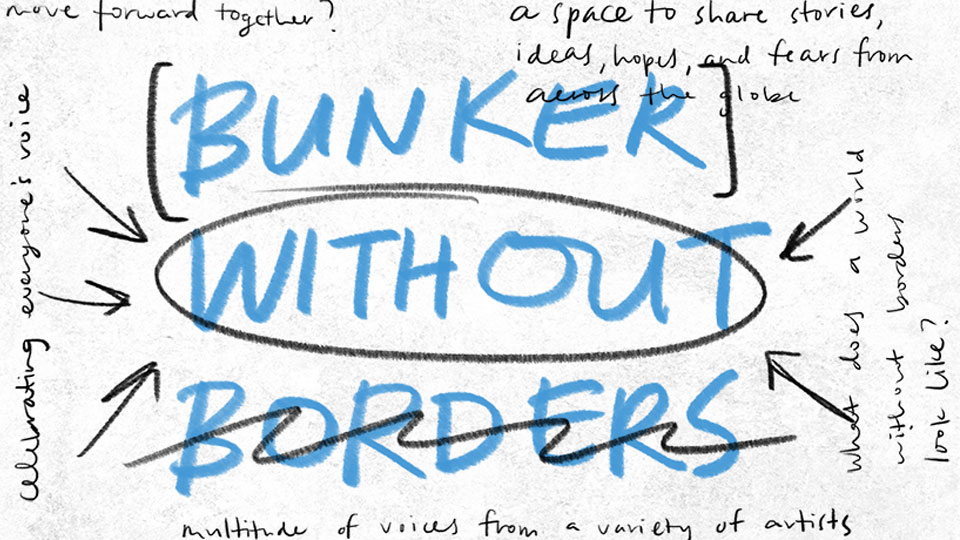 Curated with playwright Firdos Ali, spoken word artist James Chelliah, and artists from the Bhumi Collective, The Bunker’s Artistic Director Joshua McTaggart has programmed a series of evenings that place a diverse range of voices on stage from a variety of different backgrounds, cultures, countries, and perspectives.

Ali has worked to present a kaleidoscope of responses to the world around us. Across the week, work from seven playwrights Ali, Amber Hsu, Mahad Ali, Rabiah Hussain, Daniel York, Alexandra Donnachie, and Nicole Latchana will be performed. Highlights of the festival include Latchna’s Fennel-Spiked Lamb which tells the true story of a Bangladeshi immigrant forced into modern-day slavery in Scotland and Hussain’s Dissected in which two young female Muslim pathologists must their belief under the microscope as faith and forensics collide.

The week also features 15 of the city’s most exciting spoken word artists, who will perform in sets of three. Chelliah has scoured the London spoken word scene for an eclectic mix of performers who can bring their distinct words to The Bunker, ranging from Charlie de Courcy, the founder of London’s definitive spoken word evening Word Up, to rapper, singer, and spoken word artist Kitty Got Claws and poet Lex Sciore.

Each evening of Bunker Without Borders will be complete with music and dance, and accompanied by The Bunker’s usual ‘stick around’ ethos with space for responses, discussions, and drinks at the bar.

See https://www.bunkertheatre.com/ for details and to book.

In this article:Bunker Without Borders