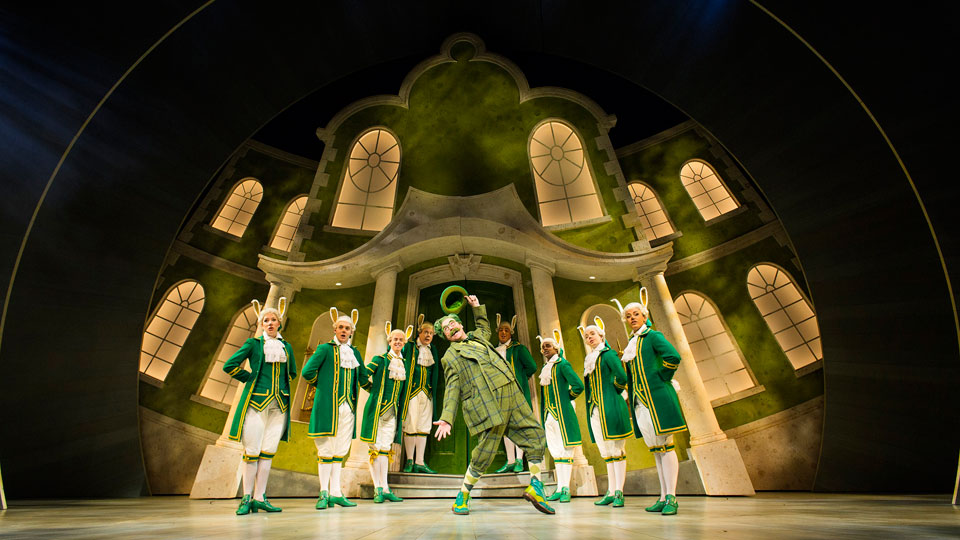 Following a highly-acclaimed pre-West End engagement, the major new musical The Wind in the Willows will open in the West End at the world-famous London Palladium. Previewing from 17th June 2017, the production will open on 29th June 2017.

Rufus Hound is one of the UK’s leading actors, presenters and comedians, most recently seen on stage in Don Quixote (Royal Shakespeare Company), The Wars of the Roses (Rose Theatre) and as Freddy in the original West End production of Dirty Rotten Scoundrels (Savoy Theatre). His other theatre credits include Neville’s Island (Chichester Festival Theatre) and One Man Two Guv’nors (Theatre Royal Haymarket). Television credits include Doctor Who (BBC), Cucumber (Channel 4), Drunk History (Comedy Central), A Touch of Cloth (SKY) and Hounded (BBC). He is also a regular guest on comedy panel shows such as Never Mind the Buzzcocks (BBC), Would I Lie To You? (BBC), and 8 Out Of 10 Cats (Channel 4).

Based on Kenneth Grahame’s treasured novel which has captivated generations of readers for over a century, The Wind in the Willows has been adapted for the stage with a book by Academy Award-winning screenwriter and Downton Abbey creator Julian Fellowes and Olivier Award-winning composer and lyricist duo George Stiles and Anthony Drewe.

Tickets will be available from £15, with reduced price preview performances. No additional booking fees or charges are applied to tickets booked via www.WillowsMusical.com.

In this article:Rufus Hound, The Wind In The Willows