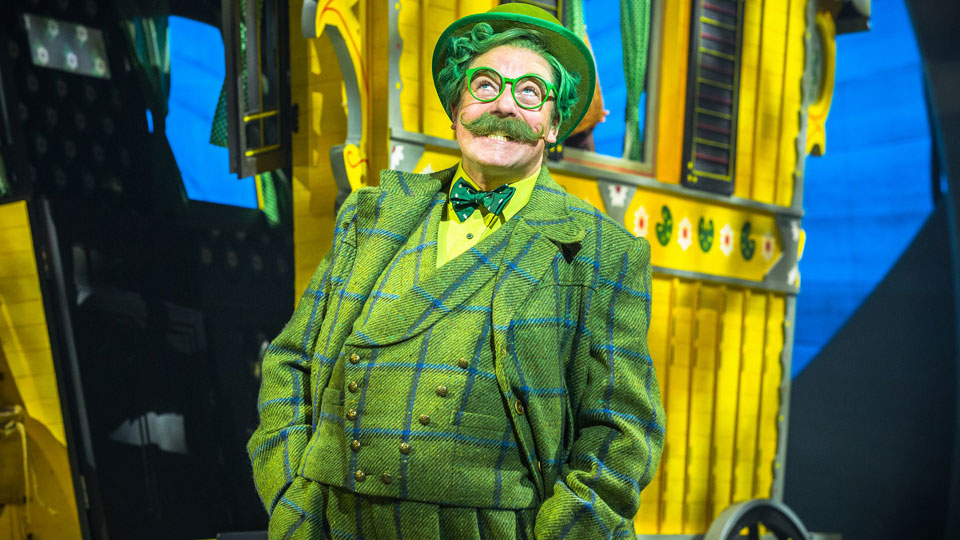 Following a highly-acclaimed pre-West End engagement, producer Jamie Hendry announced this morning that the major new musical The Wind in the Willows will open in the West End at the world-famous London Palladium. Previewing from 17th June 2017, the production will open on 29th June 2017.

The production is currently playing at the Mayflower Theatre, Southampton until 20th November 2016 following its premiere at Theatre Royal Plymouth.

Jamie Hendry (Producer): “Following wonderful receptions in Plymouth and Manchester where The Wind in the Willows has delighted adults and children alike, I’m thrilled that a wider audience will be able to share in the joy of this glorious new musical at the London Palladium.”

Hendry also confirmed that he would be continuing his pledge to provide readers of all ages the opportunity to enjoy The Wind in the Willows by sending free copies of Kenneth Grahame’s novel to every school and library in London. He added “I am a firm believer that our most classic novels should be freely available for everyone to enjoy. I hope that readers will fall in love with Grahame’s story as much as I did, which ultimately led to the commissioning of this musical.”

Julian Fellowes (Book): “For my adaptation of The Wind in the Willows, which I have loved since I was a boy, to play the London Palladium, the most famous theatre of my childhood, is to bring together two of my life-long favourites. It’s a dream come true, really.”

George Stiles & Anthony Drewe (Music & Lyrics): “It’s so thrilling to be coming to one of London’s greatest theatres with this brand new version of The Wind in the Willows. We’ve had a joyous time working again with Julian Fellowes and writing a score that celebrates this quintessentially British classic in all its eccentric glory.”

This riotous comedy follows the impulsive Mr Toad whose insatiable need for speed lands him in serious trouble. With his beloved home under threat from the notorious Chief Weasel and his gang of sinister Wild Wooders, Toad must attempt a daring escape leading to a series of misadventures and a heroic battle to recapture Toad Hall.

Featuring eye-poppingly beautiful design, exuberant choreography and a gloriously British score, The Wind in the Willows brings an explosion of anarchy, humour and heart to the world-famous London Palladium.

See www.windinthewillowsthemusical.com for more details and to book.

In this article:London Palladium, The Wind In The Willows