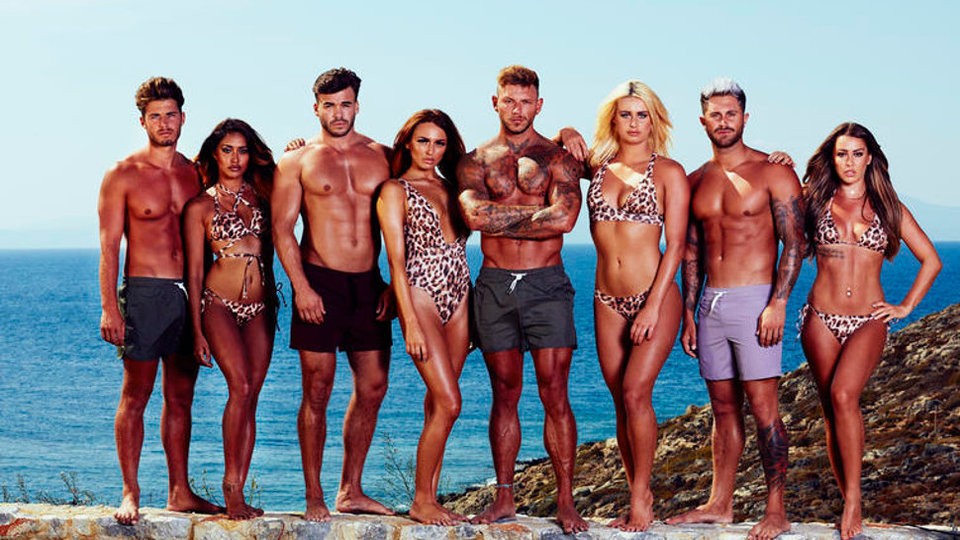 Ex On The Beach continued tonight and there were plenty of awkward moments and cat fights. It was all very intense to say the least and here’s the recap for you!

The housemates all seemed to be having a great time, until Josh tries to get to the bottom of what happened last night between Jack and Harriette. Jack admits that they went to the penthouse and kissed. Ross tells Jack that he is going to have a chat with Harriette and try to patch things up with her.

Zahida reveals her true feelings to Sean and admits that she wants to be with him, but it seems that Sean is getting cold feet. He wants some distance for a while. He admits to camera that he is looking for action elsewhere.

Pushing Zahida away only makes her want Sean more. In truth, Zahida is worried about what will happen if one of Sean’s exes arrives on the beach.

The Tablet of Terror rings at the water park, sending Alex and Alice on a date together to talk things through over a candle lit dinner.

Over lunch, Maisie asks Harriette whether she has made a decision between Jack and Ross. Harriette tells them to all stop questioning her.

Ever stirring, Josh turns the attention towards Zahida and Sean, asking whether they are going to be together throughout their time on the show. Sean admits that he is keeping his options open as other girls could come in. Maisie publically ask whether she can “crack on” with pursuing Sean.

On their date, Alex’s attempts to win Alice turn from bad to worse. Admitting that he was in love with the girl he cheated on Alice with, Alice storms out leaving Alex looking satisfied as he tucks into a meal for two… by himself!

That night at the villa, the rest of the housemates enjoy a night of music, drinking and a game of Never Have I Ever. Until, Josh states that he has ‘never’ kissed anyone at a water park.

Lost for words, the remaining housemates all turn to look at Ross and Harriette who make no attempts to deny the fact that they kissed earlier that day at the water park as they both drink (queue dramatic music).

Jack looks very uncomfortable and hurt at hearing this news.

As the game changes to spin the bottle, Josh is looking to get some action.

On the next spin, the bottle lands on Maisie and Sean, which pushes Zahida over the edge. She makes no attempts to hide her jealousy and throws a drink at Maisie. A blazing argument ensues between Zahida and Maisie as Zahida hurls a bottle at Maisie!

Maisie rises above it as Zahida gets increasingly more angry and storms off. As Zahida comes back for round two of the fight, Sean steps in and carries her back into the villa.

Sean admits that he doesn’t find Zahida attractive anymore due to her aggressive nature and boom, tells her that it’s officially over between the two of them, which reduces Zahida to tears.

The terror tablet spoke and it let Josh decide who has to leave as the villa is getting too busy and Josh obviously picks Alex after he lost control last night and through a table at him. Alex got all emotional again (someone hold his hand please).

The housemates are over the moon about Josh’s decision to kick Alex out of the house. Alex gets no sympathy from any of his fellow housemates and even Alice is on board with the decision.

Sparks fly between Harriette and Ross but can it last?

And this week Geordie Shore star, Aaron finally arrives at the villa (on a helicopter), what could possibly go wrong!

Well first of, how funny was it that Aaron didn’t even know that Maisie was his ex? Clearly she wasn’t too memorable…(oups)

The Tablet of Terror rings and welcomes Aaron into the house by telling him that this evening he can share the Penthouse with Zaralena so that they can get to know each other a little better.

As Aaron and Zaralena get cosy together in the Penthouse, Maisie is waiting patiently outside the room wishing she was in there with Aaron tonight instead of Zaralana.

Tune in next Tuesday for more Ex on The Beach!