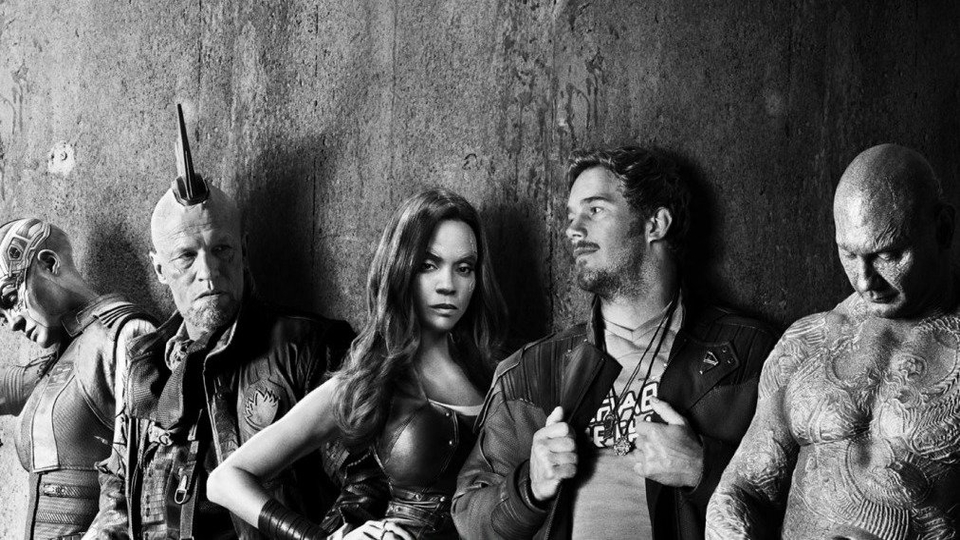 No cinematic review of 2016 was complete without referencing the astonishing films that emerged from the superhero genre last year. Marvel went from strength to strength, delivering their crowning glory – the epic and spectacular Captain America: Civil War – and then took us on a mystical and visually incredible trip into the multiverse with Doctor Strange.

The Marvel/20th Century Fox stable had mixed fortunes. There was the astonishingly profane, funny, romantic, and violent Deadpool. A film so daring, original, and witty that it found itself in the end of year awards conversation. Then there was X-Men: Apocalypse – a film so pedestrian, repetitive, and dull, it found itself in many “worst of 2016” conversations.

Then there was DC. Poor old DC. The unpopular step-child of the superhero movie genre. I think enough has been written about Batman v Superman and Suicide Squad already. At this point it just seems cruel. No wait, I can’t let them off that easy. They were appalling. Both irredeemably dreadful.

But enough looking back, let’s cast our eyes on the year ahead. All the major players are back, with both DC and Marvel delivering some of their biggest hitters in 2017. We’re anticipating another cracking year. Here’s what you’ve got to look forward to.

Can you believe there was once a time when people were cynical about The Lego Movie? People thought it was a gross piece of corporate sludge, being made for one purpose only: to sell toys. And then we saw it, and well, everything was awesome. We could not have been more wrong. It was one of the most imaginative films ever made.

Blessed with so many amazing characters, one of the undoubted standouts was Will Arnett’s hilarious and brooding take on Batman. It’s so brilliant he got his own spin-off before the first film even got a sequel. The plot is being kept under wraps, but the film has a great voice cast, including Zach Galifianakis as The Joker, Michael Cera as Robin, and Ralph Fiennes as Alfred.

Phil Lord and Chris Miller have moved up to producing roles (whilst they concentrate on their next film about some scruffy looking smuggler) and so the directorial duties have passed to Chris McKay. Both he, and The Lego Batman Movie have a lot to live up to, but we fully expect them to deliver. In fact, I’d put money on this being the best film DC give us in 2017.

Wolverine has always been the most interesting member of the X-Men family, unfortunately he has been poorly served by his solo cinematic outings. X-Men Origins: Wolverine was an objectively bad film. The Wolverine was just a bit dull. So why am I so ridiculously excited about Logan? Well, the two trailers have been genuinely incredible. I try not to put too much stock in the way a film is marketed, but wow, they have nailed it with Logan.

Also, this looks to be a whole new direction for the saga, with an almost Mad Max aesthetic, aligned to a story that for this franchise at least, feels fresh and interesting. Set in the near future, with almost all of the mutants dead and gone, Logan (Hugh Jackman) is caring for an ailing Professor X (Patrick Stewart), whilst hiding out on the Mexican border. This solitude is shattered by the arrival of a powerful young mutant (Dafne Keen) who is being pursued by dark forces. They’re reportedly going hard-R for this one too. Is this finally the Wolverine film we’ve been waiting for?

Only a few short years ago, if you had said the most anticipated Marvel movie of 2017 would be the one with the sentient tree and talking raccoon, people would have laughed in your face. And rightly so. But who’s laughing now hmm? Following the global success of James Gunn’s fantastic adaptation of the cult comic, The Guardians of the Galaxy are back, and my goodness we are glad to have them. Even if they are a bunch of A-holes!

Little is known of the plot, other than it will feature the Guardians trying to uncover the truth of Quill’s (Chris Pratt) parentage. As we edge closer and closer to Infinity War, we can assume that this latest entry in the MCU will no doubt heavily hint towards the forthcoming intergalactic throw down. No matter what GoTG v.2 has in store for us, you can be sure it has two secret (and powerful) weapons: an awesome soundtrack, and Baby Groot.

Various parties have been trying to get Wonder Woman onto the big screen for many a year. Hollywood heavyweights such as Ivan Reitman, Joss Whedon, and George Miller have all stepped up to the plate and struck out in an attempt to bring this famous character and her lasso of truth to life. Thanks to a scene stealing turn by Gal Gadot in the otherwise dreary Batman v Superman, and ably supported by an instantly iconic (electric cello) theme, Wonder Woman is finally here.

Directed by Patty Jenkins, the action takes place on the battlefields of World War I. After American pilot Steve Trevor (Chris Pine) crashes on her home island of Themyscira, Amazon princess Diana learns of the carnage that is happening across the world and sets out to make a difference.

Somewhat unfairly, there’s a lot riding on this film. After the critical panning the last two films received, the DCEU needs a hit. Not just at the box office, as both BvS and Suicide Squad made serious dollar, but in the hearts and minds of critics and audiences alike. This epic project really needs a win. And Wonder Woman could well deliver. She is a character of pure virtue, goodness, and beauty. A million miles away from the moral murkiness of recent DC outings. She could be DC’s Cap.

You would think we’d be sick of Spider-Man. Rebooted for the third time in only 15 years, and after a two very average outings for Andrew Garfield, and an awful final film for Tobey Maguire. You’ve got ask the question, is there really an appetite for more?

Well the short answer is: yes, if done right. Following the deal struck between Marvel and Sony in early 2015, Spidey now exists in the MCU, and he got to strut his stuff for the first time in a fabulous supporting role in Civil War. They just immediately got the character right. Great casting of Tom Holland (believable as a teenager) and Marisa Tomei as Aunt May. And the decision to pair him up with Tony Stark worked like gangbusters.

In Homecoming, Peter Parker finds himself trying to balance being a normal teenager, whilst fighting crime, and a new super-villain in the shape of Michael Keaton’s Vulture. We have very high hopes for this friendly neighbourhood Spider-Man.

Reliably awesome and a source of much mirth when he’s with the Avengers, Thor can occasionally stumble on his own patch. Not that the two solo films are in any way bad, they’re just not exactly upper echelon MCU. So how do we combat that? How about adding Jeff Goldblum as The Grandmaster of a gladiatorial arena? Or maybe Cate Blanchett as Hela (seen in the below concept art), the Queen of the Underworld? Not enough? Okay we’ll also throw in Thor’s old buddy Banner (aka Hulk) having now gone inter-dimensional since we last saw him flying away from Sokovia.

Excited yet? You should be. With director Taika Waititi on board, fresh off the success of his fantastic Hunt for the Wilderpeople, this promises to be Thor’s most incredible adventure yet. Voyaging beyond the Nine Realms, and off into space and other dimensions, the possibilities are limitless.

When we last saw Odinson he was venturing off to investigate the Infinity Stones, and whoever it is that is trying to bring them together. We’ve already seen him cross paths with Doctor Strange, and there are rumours of an overlap with a certain bunch of galactic Guardians. Expect something new, visually trippy, and with Waititi at the helm, you know it will be funny too.

You have to give DC some credit, they just keep pushing on regardless. After the bruising response to their previous two films, you could be forgiven for thinking they would slow down, take stock, and perhaps rethink their approach. Maybe even look to their very successful slate of TV shows for inspiration. But that would mean admitting defeat, and these giant franchises have a momentum all their own.

Zach Snyder (somewhat surprisingly) remains at the helm, for this epic coming together of DCs greatest heroes, which sees Ben Affleck’s Batman and Gal Gadot’s Wonder Woman assembling a team of mighty metahumans to protect Earth. These heroes include The Flash (Ezra Miller), Aquaman (Jason Momoa), and Cyborg (Ray Fisher), and the foe they are up against is Steppenwolf, played by none other than Ciarán Hinds.

As filmgoers it’s important to be open-minded, and not have any preconceptions when it comes to seeing new films. However, it is difficult to muster up any real enthusiasm for this project. The Comic-Con footage suggested a more entertaining approach to the material, which is definitely a good thing, though it could hardly get any dourer could it? If Wonder Woman is a smash, then the pressure on Justice League might be eased. But this franchise has been ridiculously front-loaded. If these don’t hit the target, where on Earth does the DCEU go next? We really want this to be good, but would advise to approach with caution.