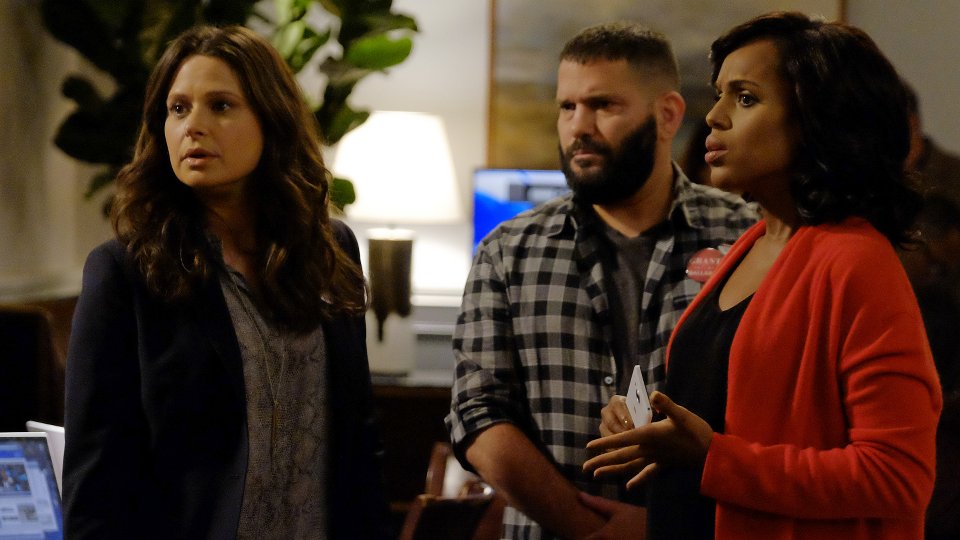 Scandal finally returns for its sixth season in the UK this week and it’s only 1 week behind the US transmission.

In the season 5 finale Mellie (Bellamy Young) announced Jake (Scott Foley) as her running mate and Francisco (Ricardo Chavira) joined forces with Cyrus (Jeff Perry). Olivia (Kerry Washington) manipulated Jake into agreeing to be on Mellie’s team to get him away from her father without realising that she was once again playing into his hands.

The first episode of the new season is Survival of the Fittest. The shocking results of the presidential race between Mellie Grant and Francisco Vargas set off an explosive outcome.