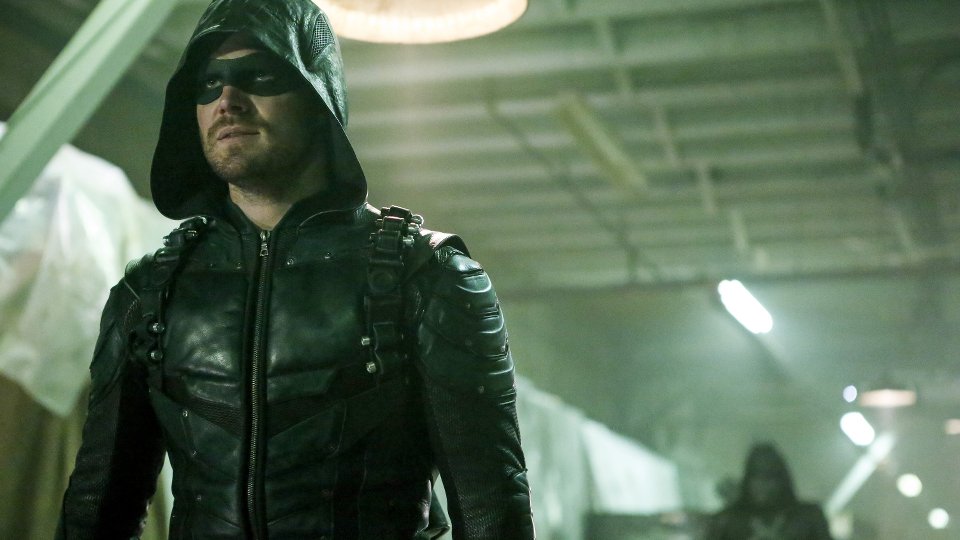 A familiar face returned during the latest episode of Arrow but was everything as it seemed?

Oliver (Stephen Amell) was understandably shocked when Laurel (Katie Cassidy) greeted him on his arrival back at Arrow HQ.

Prior to that the team dealt with Evelyn’s (Madison McLaughlin) betrayal when it was revealed that she had been working with Prometheus. Curtis (Echo Kellum) was hospitalised following a confrontation with Prometheus where he was injected with a tuberculosis vaccine developed by Justin Claybourne, a pharmaceutical manufacturer originally on Oliver’s kill list.

As Oliver closed in on Prometheus, he kidnapped Billy (Tyler Ritter) who managed to send Felicity (Emily Bett Rickards) information on Claybourne’s illegitimate son before he was taken. Oliver headed to Claybourne’s former office where he was lured to kill Billy.

Elsewhere in the episode Curtis’ husband left him and Diggle (David Ramsey) was recaptured.

The next episode of the season is Who Are You? While a confused Oliver seeks justice, Felicity is bent on revenge. Meanwhile, Diggle fights for his life in prison.

Tune in to Sky 1 HD at 9pm on Thursday to see the episode. Preview it with our gallery below: