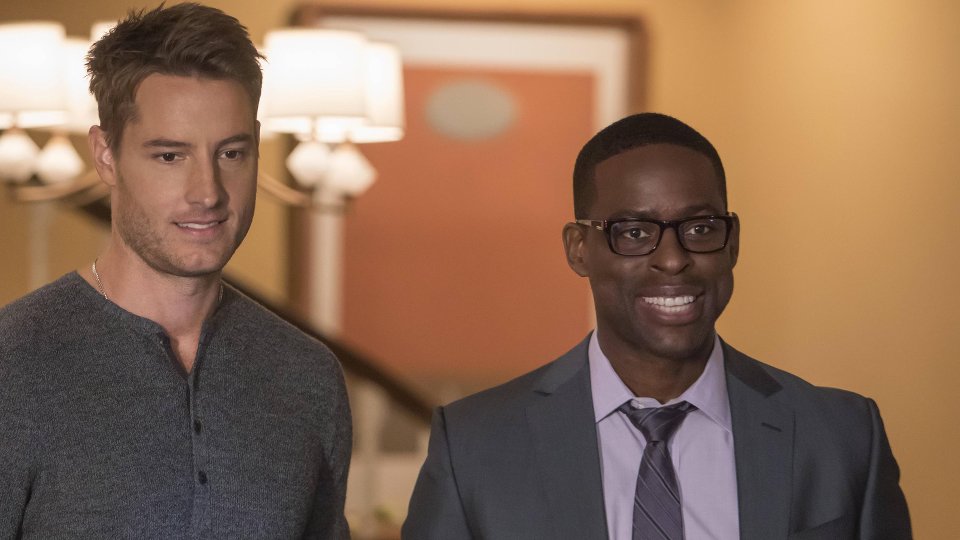 The twists just keep coming on This Is Us with the latest episode explaining Jack’s (Milo Ventimiglia) absence from the present day storyline.

A few weeks back we were shocked when Rebecca (Mandy Moore) was revealed to be married to Jack’s good friend Miguel (Jon Huertas) and now we know the reason why. Kate (Chrissy Metz) decided to tell Toby (Chris Sullivan) that her dad was dead, when he insisted she explain why she preferred to watch football games on her own.

In the past storyline Rebecca and Jack went to a bar to watch the Pittsburgh Steelers in the Super Bowl XIV and got into a very public argument about their differing views on having kids. Jack was desperate to start a family but Rebecca admitted she didn’t want to give up the life they had together.

Back in the present day Kevin (Justin Hartley) was still residing at Randall’s (Sterling K. Brown) and offered his plush hotel room to his brother and Beth (Susan Kelechi Watson) so they could have a break. Looking after the kids, Kevin found unlikely inspiration from William (Ron Cephas Jones), who told him to stop doubting himself and start believing in his talent.

Randall and Beth’s night in a hotel didn’t go according to plan thanks to a pregnancy scare, which made them do a lot of soul searching about the future.

The next episode of the season is Career Days. Kate has an interview for a new job that seems perfect, but there’s a catch. Randall doubts his career choice. Kevin and Olivia’s relationship moves in a new direction.

Tune in to Channel 4 at 10pm on Tuesday to see the episode. Preview it with our gallery below: