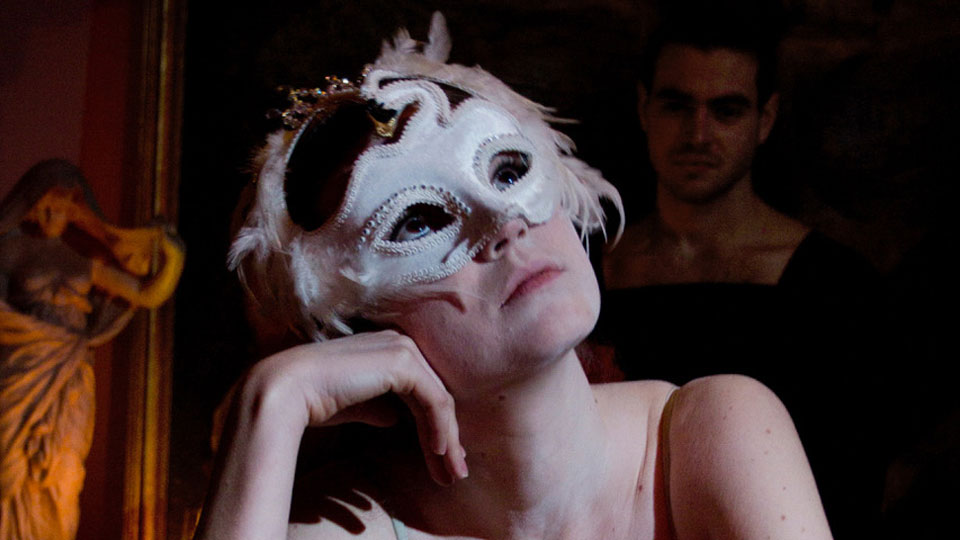 Theatre Lab’s acclaimed production of Salome, directed by Anastasia Revi, is a spellbinding, visual spectacle that evokes the soul of its writer, Oscar Wilde.

Salome will play the recently beautifully restored Hoxton Hall, which has been an East End landmark since 1863, from Tuesday 31st January to Saturday 11th February.

This is the company’s fifth production of Salome. It premiered as a site-specific performance in December 2012 at the Old Cholmeley Boys’ Club, a decadent underground Victorian building in London. Since then it has toured to Cabaret Voltaire, Athens in 2013, Festival D’Avignon in July 2014 and Thessaloniki in October 2014.

The show has been praised for its eccentric and decadent portrayal of what was at one time a forbidden play. It revels in its characters’ complexities and contradictions, the complicity of desire and pleasure, and darker emotions, and the tragic consequences of incited excess.

Anastasia Revi’s unique approach sets Salome in the 1930s where King Herod is celebrating his birthday in style with a sumptuous banquet. The production has been highly acclaimed by reviewers internationally who have noted its aesthetic, excellent performances, and avant-garde and beautiful visuals.

See www.hoxtonhall.co.uk for details and to book.