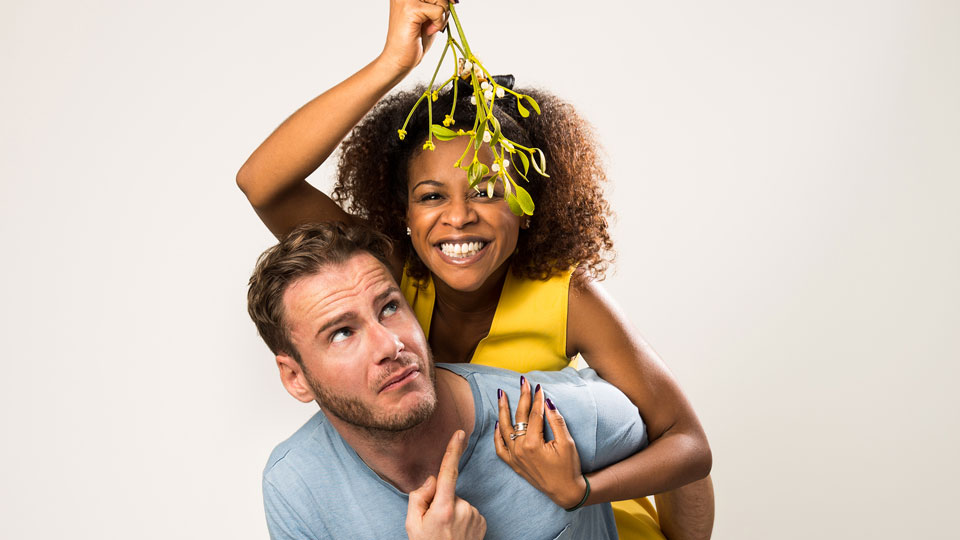 Two hopeful, hapless romantics get drunk, get it on and then get the hell away from each other. In her eyes, he’s a mistake. A mistake who keeps turning up at parties. In his eyes, she’s perfect. He’s short-sighted. An achingly funny romantic catastrophe of good intentions and bad timing that asks, can a one night stand last a lifetime?

Pia Furtado, director of Dirty Great Love Story, comments, “It’s a particular privilege as a director to revisit a great script. This new production of Dirty Great Love Story is one of those moments for me. I can’t wait to get stuck into this total treat of a play with actors as loveable, skilled and funny as Felix and Ayesha! I’m thrilled that we will be bringing this heart-warming, hilarious, emotionally-messy celebration of modern romance to the West End, and in particular the intimate gem that is The Arts.”

Dirty Great Love Story was awarded a Scotsman Fringe First Award for outstanding new writing in 2012 and was shortlisted for both the Holden Street Theatre Award and the Brighton Fringe Award. Bonna also received a nomination for the prestigious Stage Award for Best Actress at the Edinburgh Fringe 2012. Marsh has since been selected as one of Time Out’s most influential people in the arts and was crowned London’s Poetry Slam Champion in 2012.

Dirty Great Love Story does exactly what it says on the tin – and they could throw in the adjectives Lovely, Witty, Delicious too. Warmly and fuzzily recommended (The Independent, 2012).