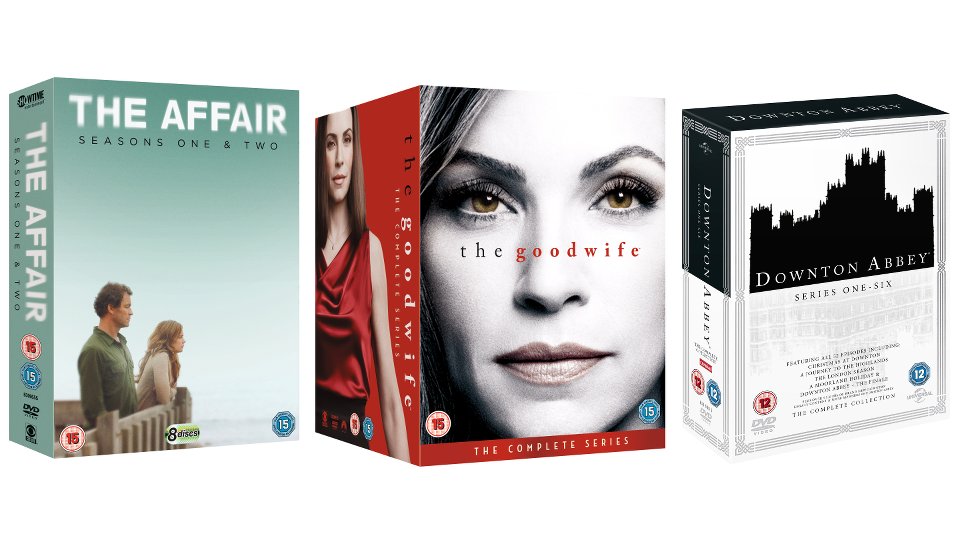 TV boxsets are always a firm favourite at Christmas and make great gifts for the whole family. We’re giving you a chance to win some great TV collections – Downton Abbey: The Complete Collection, The Good Wife: The Complete Series and The Affair: Season One & Two.

We have three DVD boxsets to giveaway courtesy of Universal Pictures (UK).

All 52 episodes of the award-winning ITV costume drama following the lives and loves of those above and below stairs in an English stately home. Splendour and romance, desire and heartbreak, scandal and rumours… Spanning the idyllic pre-war era through the storms of The Great War and beyond to the roaring 1920s, Downton Abbey tells the story of a complicated community. Home to the Crawley family for generations, it is also where their servants live, plan and dream and they are as fiercely jealous of their rank as anyone. Some of them are loyal to the family and committed to Downton as a way of life, others are moving through on the lookout for betterment or love or just adventure.

The Good Wife: The Complete Series

The Affair: Season One & Two

All 22 episodes from seasons one and two of the Golden Globe-winning domestic drama starring Dominic West as Noah Solloway, an adulterous husband and aspiring novelist who finds himself embroiled in an affair with a younger woman. When Noah travels to his in-laws’ Hamptons estate to spend the summer with his wife and four children he meets Alison (Ruth Wilson), a young married diner waitress, and begins an affair. But with two marriages at stake, it inevitably takes its toll on all involved. The supporting cast includes Joshua Jackson, Maura Tierney and Jake Siciliano.

To celebrate the festive season, we’ve got a copy of each boxset to give away to one of our readers. All you need to do to be in with a chance of winning is answer one simple question below:

Win Downton Abbey, The Good Wife and The Affair boxsets

In this article:Downton Abbey, The Affair, The Good Wife