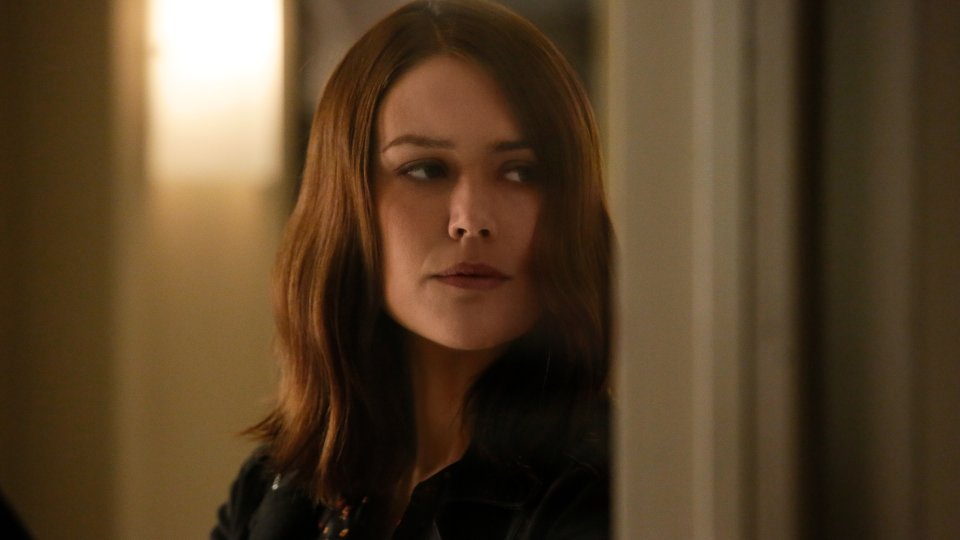 Liz (Megan Boone) found herself torn between Alexander Kirk (Ulrich Thomsen) and Reddington (James Spader) on the latest episode of The Blacklist.

After a DNA confirmed that Kirk was her biological father, Liz struggled to decide who to trust as she focused on finding Agnes. She staged a fallout with Reddington so they could get closer to Kirk and retrieve Agnes.

Red suggested the best route to Kirk was through a hacking group known as The Thrushes. The group had hacked into the Task Force’s system and it was revealed that Aram’s (Amir Arison) new girlfriend was one of them.

Aram agreed to upload a worm onto his girlfriend’s computer so they could monitor The Thrushes but a fight broke out when she discovered what he was up to. Samar (Mozhan Marno) and Ressler (Diego Klattenhoff) stepped in to help him and arrested her.

Meanwhile Liz and Red managed to get close to Kirk and he was teetering close to the edge of a roof top with Agnes. Liz talked him down, took Agnes and Kirk was arrested.

Elsewhere Mr. Kaplan (Susan Blommaert) was still being held captive and was caught lying about the circumstances that led to her discovery.

The next episode of the season is Dr Adrian Shaw. While Liz attempts to confirm if Kirk is her biological father, Red seeks out a doctor known for her grim experiments on humans.